Opening the Third Session of the 11th National Assembly, the President pledged to continue growing the economy through heavy investment in key infrastructure development areas such as road, railway and airports.

Mr Sata said the PF administration has engaged in overdrive to boost the economy growing at an annual rate of seven percent.

“Our government has prioritised infrastructure development such as roads, airports and rail as key to national development. Accordingly, Government is heavily investing in the construction, rehabilitation and upgrading of the transport infrastructure,” he said.

Mr Sata said Government’s commitment is demonstrated by the implementation of the Link Zambia 8,000 project under which over 1,500 kilometres of road works are being constructed in phase one and over 2,700 kilometres of roads will be upgraded to bituminous standard under phase two.

The head of State also cited the launch of the Lusaka 400 road project which involves rehabilitation and construction of some urban roads.
Mr Sata also noted that Government has started implementing the Pave Zambia 2,000 project which is expected to create over 20,000 jobs for youths and impart them with road-paving construction skills.

“In this regard, Government has procured road construction equipment to be utilised in paving public roads and public places across the country,” he said.

All facilities at the new Harry Mwaanga Nkumbula International Airport terminal in Livingstone, Zambia are expected to be in operation by November.

The international terminal has been expanded by three times the size of the old terminal, increasing the number of check-in and immigration counters. Airlines have also been equipped with bigger offices and there are now three VIP lounges. A viewing terrace and retail and duty free shops have also been added to the terminal.

By November, features such as lifts, escalators, a banking hall, upper floor VIP and business lounges and an upper floor restaurant are expected to be operative.

The development has entailed an investment of US$ 40million development.  The old terminal will be used for domestic flights only.

The President said Government is in the process of upgrading and modernising the Kenneth Kaunda, Mfuwe and Simon Mwansa Kapwepwe International airports and provincial aerodromes.

Mr Sata re-affirmed Government’s commitment to reactivating the railway infrastructure as evidenced by the allocation of US$120 million of the Eurobond to Zambia Railways Limited.

“Our vision is to create a competitive and efficient railway system which will ensure that all bulky and heavy cargo is offloaded from the roads. This will guarantee our road network a longer lifespan and also reduce the national budget on road rehabilitation and maintenance,” President Sata said.

He said under the PF administration, the performance of the economy has continued to be positive, recording growth in the gross domestic product of 6.8 percent and 7.3 percent in 2011 and 2012, respectively.

The head of State said the PF government is on course to fulfilling the campaign promises of uplifting livelihoods and restoring the dignity of Zambians as the basis upon which it was voted into office in 2011.

“Efforts to diversify the economy will be guided by the national vision 2030, the revised Sixth National Development Plan (SNDP) covering the period 2013 to 2016 and the decentralisation policy,” President Sata said.

The President added: “The focus will be on the key areas of agriculture, infrastructure, manufacturing, tourism, science and technology. Our goal is to achieve higher and sustained economic growth in order to alleviate poverty through rural development and job creation.”

Mr Sata said Government’s initiative of borrowing through the Eurobond resulted in increasing the fiscal space for national development. 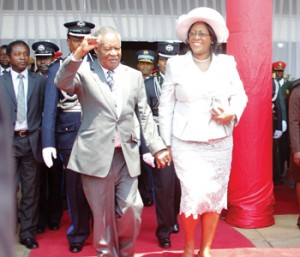 President Sata at the opening of the 11th National Assembly

And President Sata is pleased that the tourism and arts sector has continued to play a key role in the attraction of investment and creation of employment.

He said Government will continue to pay special attention to enhancing tourism product diversification and infrastructure development in the Northern Circuit, Lower Zambezi and the Kafue National Park for them to contribute to economic development.

Mr Sata said the successful co-hosting the UNWTO conference by Zambia and Zimbabwe is commendable.

“We must congratulate ourselves on the successful co-hosting of the event which attracted over 4,000 delegates from across the globe. This will result in improved tourist visits and thereby raising the revenues for economic development,” he said.

President Sata noted that the co-hosting of the event improved the infrastructure and general outlook of Livingstone as Zambia’s tourist capital and destination. 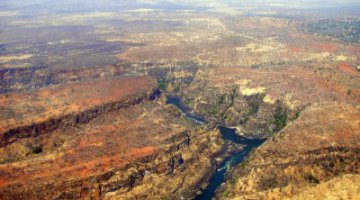