In case you missed the very special CNN programme “Prince William’s Passions” on Tuesday night, they will be doing a re-screen on CNN, Channel 401, this Saturday morning at 10:00.

It gives coverage of Lowveld conservationist and legend Clive Stockil – who recently received the very special Tusk Award from Prince William for his contribution to the people and the wildlife of the Lowveld in Zimbabwe. It shows his speech, his work and footage of the Lowveld and is approximately 20 minutes long.

As a new father, Prince William has said that he has become more protective towards wildlife and more emotional about his son. According to The Mirror, he even listens to wildlife sounds to relax, and is planning to surround Prince George with nature from the beginning. As he explains it:

I feel a real protective instinct, more so now that I am a father, which is why I get emotional. The last few weeks for me have been a very different emotional experience – something I never thought I would feel for myself.

In the interview with Max Foster, he opens up about his view of a world and how he first came to fall in love with Africa.

Next post The book 'BushVet': Hidden battles to save wildlife 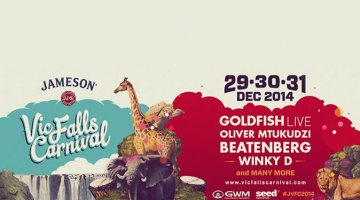