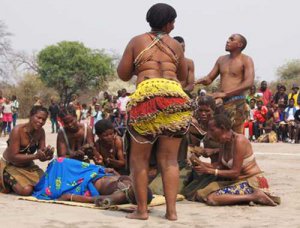 The prestigious cultural event, which has entered its 11th anniversary, was this year taken to the Bukalo settlement, some 50 kilometres east of Katima Mulilo in the Katima Rural constituency, the first time the event  has been held outside the boundaries of Katima Mulilo.

The event attracted hundreds of spectators from Bukalo and surrounding areas, as well as from Katima Mulilo. About 23 traditional groups participated in this year’s festival. Opening the event officially, the Deputy Minister of Youth, National Service, Sport and Culture, Juliet Kavetuna, lauded the cultural groups saying culture is the very foundation of unity and identity. “There’s no wrongdoing in following your cultural practices. There’s nothing more important than your own culture.

There are some skeptics that say cultures are bad. Today, I am saying our cultural practices are the best. Culture is a tool for unity. It gives you a sense of belonging,” stressed Kavetuna. Various cultural dances were showcased at the event, including Sipelu, Shiboli and Pela among many others with competing groups ranging from lower and upper primary to junior secondary and senior secondary school children. There was even a category for  adult cultural dancers.

Winning groups in each category were awarded with a floating trophy and an undisclosed amount of money. The prize money for last year’s event for winners amounted to N$1 200. Those who did not make it received a consolation N$300.

Winners included the Itenge Sipelu Group in the adult category, Mayuni Secondary School in the senior secondary category, Sauzuo Combined School in the  junior secondary category and the Silumbi Combined School that won in the upper primary school section. The winners will represent the Zambezi Region at the national event where performers from all regions will slug it out for national cultural honours. The cultural event is meant to unite and promote culture in the Zambezi Region, once a hotbed of ethnic tension. 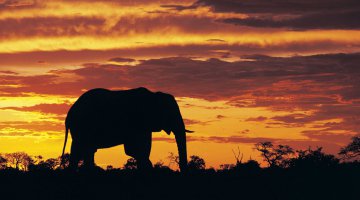