In a few weeks’ time, gone will be the days when Air Namibia was seen as an operator of old aircraft retired by other airlines.

Air Namibia says the entry into service of the two brand new Airbus A330-200s that will replace the aged Airbus A340-300 will help reduce costs and boost revenue while providing flexibility, and a superior and improved cabin product for the airline.

In a statement, the national airline said the airline industry is highly competitive and is constantly exposed to many risks among them fuel price volatility, a rigorous regulated environment and safety compliance aspects.

The airline said: “Passenger travel preferences and buying decisions have evolved over time to such an extent that today’s traveller has become very informed and sophisticated. These factors have made fleet decisions become crucial for any airline that aspires to improve financial performance, operational efficiency and compliance with safety and other regulatory requirements.”

Air Namibia said its decision to lease the two brand new Airbus A330-200s to replace the aged Airbus A340-300s that entered its fleet 7 years ago in year 2006, is a step in the right direction.

“This decision fits well in efforts to continually strive to improve operational efficiency, aligning the services of the airline to the needs of the market, match and even exceed competitor offerings so as to compete effectively, and to achieving acceptable financial performance within the resources that are available to it and striving towards at all times,”Air Namibia’s Head of Corporate Communications Paulus Nakawa said.

The airline added that the delivery of the new aircraft represents the last phase of its re-fleeting programme contained in its business plan adopted in July, 2011.

“In a few weeks’ time, gone will be the days when Air Namibia was seen as an operator of old aircraft retired by other airlines, which placed us as an underdog in the market when compared to our much bigger and highly resourced competitors,” Nakawa added.

The new planes come with 30 business class seats and 214 economy class seats, giving a total of 244 seats. The soon to be phased out Airbus A340-300s have 278 seats in total, comprising 32 Business and 246 Economy Class.

Air Namibia said while larger aircraft have a lower cost per seat, all the seats must be occupied for this low cost benefit to be realised. The current average passenger load per year on the Windhoek-Frankfurt route is 220 passengers, meaning that full value of the cost per seat is not being realised as some seats go unoccupied.

The Airbus A330-200 is said to be a more flexible aircraft to use on new routes/markets, while also offering modern and mature aviation technology. Being brand new, the aircraft are also a big boost to Air Namibia brand image and passenger confidence. The A340-300s will be over 25 years old by the time their lease arrangement expires in October. Passenger rating of the two aircraft published on the Airbus website shows that 67% favour the A330-200 compared to a 33% preference for the A340-300.

Air Namibia is due to take delivery of the first of the two brand new Airbus A330-200 aircraft before the end of September 2013. The second A330-200 is expected to enter the national air carrier’s fleet in November 2013. The two aircraft are being leased from Intrepid Aviation for a period of 12 years. 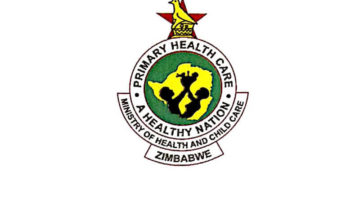 Statement by the Ministry of Health in Zimbabwe: Incorrect Messages Regarding Novel Coronavirus