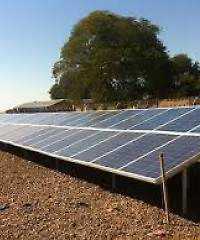 Sioma High School in Western Province of Zambia has become the first fully solar-powered school in Zambia, complete with its own 24 KW photovoltaic array (picture) with battery storage. The ground-mounted microgrid will produce about 43,800 kWh annually, covering all of the campus’s energy needs.

The system involved an impressive number of organisations: It was organised by Empowered by Light, which has been distributing more than 1,500 solar-powered LED lights to schools in Western Province in the past two years – in partnership with the Zambezi Environmental Education Centre. It was designed and constructed by Standard Microgrid. Empowered by Light raised close to $200,000 to complete the project, which included several donations such as solar panels from Suntech, batteries and inverters at reduced prices from SMA and Rolls Surrette and LED lights from Lighting Science Group.

Money was donated by several individual and corporate donors, including Zanaco Bank.

“We hoped to show the Zambian government, and the world, that energy poverty can be eradicated by replacing generator-based power systems with clean, renewable energy, and that there is a short payback,” said Marco Krapels, co-founder of Empowered by Light.

Sioma High School serves a large area of Western Province. Its more than 600 pupils used to work in an environment filled with noise and air pollution generated by the school’s three diesel generators. In addition, the school spent about $26,000 on diesel every year. 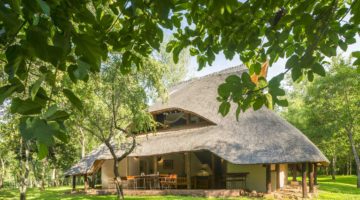