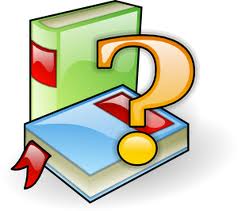 In marking the just-ended 20th United Nations World Tourism Organisation (UNWTO) general assembly I, Kasebamashila Kaseba, hereby announce and report on the upcoming book, A Concise Dictionary of Common Names of Zambia. The Lusaka launch will be one week to Zambia’s 49th independence anniversary in October 2013.

The concept intention is Zambia’s self-introduction through selected common people and place names; secondly it is to showcase literature and literacy’s place in education, business, tourism and leisure.

And one of the enduring first steps to business or pleasure meetings is self-introduction. “My name is” are the words uttered before the “let’s get down to business”. Therefore, the dictionary is adding meanings, even interest, to some names and occasions.

For example, from international distances, Victoria Falls is the marketing catch word for entire Zambia, whereas at close range and with “the locals” or tour guides, it is Shuungu Namutitima (Toka Leya/Tonga) or Mosi-oa-Tunya (Lozi), meaning “the smoke that thunders”.

Or that, apart from Mosi-oa-Tunya, there are about 15 other waterfalls, and in that number is Ntumbachusi Falls, meaning “cloudy smoke”, in Kawambwa district in Luapula Province on Ng’ona River.

Or that the Livingstone’s Senior Chief “Mukuni”, doubled with another Senior Chief Mukuni in Chibombo district of Central Province, means a sawyer or directly from the Bantu noun stem, nkuni, is firewood.

Or that the name Zambia is from Zambezi from Yambeji (Luvale tribe name) (also Chambeshi River in Bemba), for “big river” (Lyambai in Lozi) credited to late Arthur Wina (not winner) the first independence minister of Finance and husband of Gender Minister Inonge Wina.

Or that Wina means “women’s meeting” following the Bantu noun prefix is shortened form of or may occur as Mwanawina. And that Mwana (meaning child of or junior as in Mac/Fitz-Gerald or Peterson) in names may occur from Mwanakatwe (Namwanga) to Mwanawasa (Lenje) to Mwanamwambwa (Lozi) to Mwana wa Leya (stage name) to even Tshala Muana (Congolese Luba tribe stage name) without family and tribal connection among bearers.

Or that law professor Muna Ndulo and Motor racer Muna Singh are separated by race and by geography. In Tonga, Muna means “of” or “belonging to” whereas the Arabic or Indian Muna means “desires” or “wishes” or should not be mistaken for a-Muna (male) in Chewa popularised by toilet labels. Or that Minister of Chiefs and Traditional Affairs Nkandu Luo (frog clan) is in fact Bemba royalty and not a Luo in the Chinese delegation.

As opposed to who’s who approach, which should come from the guest list or local language phrase book, the dictionary with synonyms of problems and suffering like Mabvuto, Masuzyo, Mapenzi, Manyando and antonyms of rains and drought like Miyoba, Chilanga plus cross references like Mudenda, Ndhlovu, Njovu, Nzovu, Silwamba (elephant clan name) should accord Zambians not just self-knowledgement and discovery, but also self confidence before self introduction to the world.