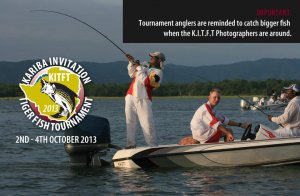 About 140 teams are expected to participate in this year’s Kariba Invitation Tiger Fish Tournament (KITFT), which takes place from October 2 to October 4 on Lake Kariba.

Telecel is one of the major sponsors of the tournament, which is the 52nd edition, having upgraded its sponsorship this year to gold from silver last year.

In addition to sponsoring the tournament itself, Telecel is also sponsoring one of the major teams, the Stryke Telecel team.

KITFT is a three-day tournament that every year attracts keen interest among game anglers from both inside and outside the country. Each team consists of four to six people.

Tiger fish are a fierce species. They are the hardest fighting fresh water game fish in the world, which makes the annual tournament one of the most challenging and exciting.

There is an abundance of such fish in Lake Kariba. The annual tournament, during which tiger fish are the only species fished, has become one of the country’s premier sports events, attracting many tourists to the country.

“Sponsorship of this event is part of our on-going support for events and initiatives that are linked to selling Zimbabwe as a tourist attraction,” commented Telecel Zimbabwe public relations and corporate social responsibility manager Francis Chimanda.

“Our sponsorship of KITFT started last year when we supported the event in the silver sponsor category. This year we have increased the sponsorship to gold category,” he said.

“Telecel is proud to associate itself with initiatives that promote Zimbabwe as a tourist destination.

“The local and international attention this tournament attracts and the participation in it of game anglers from other countries in the region and around the world has, we feel, a positive impact on the image of Zimbabwe as an ideal tourist destination,” Mr Chimanda said.

Telecel now has full network coverage in the whole area where the competition and weigh-in will take place as a new additional base station was recently commissioned in Kariba covering the area. 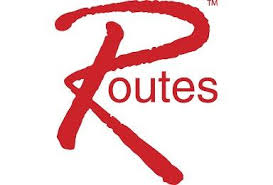