Zimbabwe benefits from tourism as an economic development tool 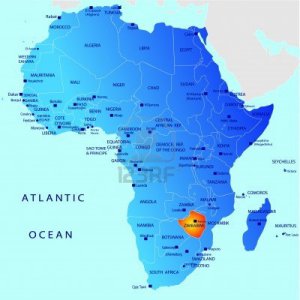 African Map highlighting Zimbabwe as one of the major tourist destinations

The world descended on the Victoria Falls last month, saw, learnt, was celebrated and may have opened the door wider so that no cantankerous foreign forces succeed in any attempt to shut the door again and lock it as an economic embargo against our beloved country.

But tourists spend their hard earned cash flying from distant countries in the West, the East, and the South, to see Zimbabwe among other African states not to gaze on the blacks, or black hobos they encounter in their own native countries. No, they visit here to see indigenous Zimbabweans in their native culture and in that way broaden their knowledge of Africa’s diverse cultures and civilizations as a portrayal in post modernity.

And come to think of it, the UNWTO general assembly left an indelible impression on the minds of ordinary Zimbabweans and, no doubt, of other ordinary men and women in the street about what these people also stand to harvest from a boom in tourism.

Eminent speakers at the assembly spoke of tourism as ‘a tool’ for ‘broad-based’, ‘inclusive economic development’.

What one immediately concludes from these clauses is that ordinary Zimbabweans and others like them elsewhere have a Martin Luther King Junior ‘dream’ for tourism to open doors for them to a brave new economic future in their periphery and away from the centre – or urban set up – which has enjoyed and continues to enjoy a lion’s share of windfalls from tourism.

In Zimbabwe plans are afoot to build this country’s own Disneyland, a tourist haven, at the town of Victoria Falls in anticipation of reaping handsome monetary dividends from the project which will certainly attract foreign visitors in droves, like the Niagara Falls between the United States and Canada.

Already, as the seventh wonder of the world, the Victoria Falls stands as a premier tourist spot in Zimbabwe. But even when garlanded as probably the top tourist spot in Africa after the addition of Disneyland the Victoria Falls city will not be another country in Zimbabwe, which suggests that for tourism to truly provide a base for an inclusive, broad based economic development the rest of the country should benefit from tourism as an economic development tool.

To date many tourist sites with a potential for drawing foreign visitors to various parts of the country remain huddling in the shadow of the Victoria Falls and, to a lesser extent, of the Great Zimbabwe, the Matopos, Khami Ruins, etc. Yet many of these small tourist sites could also become magnets drawing foreign visitors in large numbers were they are to be developed to provide portraits of Zimbabwe’s ancient cultures, civilizations through material forms of culture such as handicrafts and tools rural communities used, say, in both the early and the late Stone Age periods.

For instance, apart from cave paintings very little if any is known of the tools, utensils and clothing used by the San people, who originally occupied this country before the advent of blacks who literary have progressively shoved the indigenous, indigenous Zimbabweans in the shade.

In this writer’s humble opinion a museum depicting the original way of life of the ‘Bushmen’ as the San are pejoratively known to many.

Such a museum, situated where the San now live, rehabilitated, not somewhere in an urban centre might draw foreign visitors and their money to such a showcase, helping socially and economically to develop those people who have been forced by ‘civilisation’ to abandon their hunting and gathering forms of livelihood. Once the much-fancied Disneyland comes to life it could bring windfalls to nearby Binga as foreign visitors might wish to visit the Tonga’s in that district and learn more about the pristine culture of a people which has, unlike cultures of other ethnic groupings in the country, resisted any superimposition by decadent Western culture. Is there not much prudence in promoting these community cultural villages through publicity to attract foreign tourist there with economic and social development an end result? 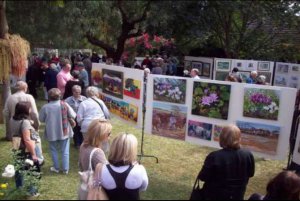 Upbeat about the prospects of economic and social development that tourism could have for Zimbabweans, Mr Vote Thebe, regional director of the Arts Gallery in Bulawayo said a government ministry should be given seed money and be tasked to start community based projects on creating an arts and craft industry with money earned being ploughed back into the community, as what happens with CAMPFIRE.

If defunct women’s clubs were resuscitated and funded to produce crafts for sale at the much vaunted Disneyland, this could make tourism a tool for developing the women in question and their communities, according to Mr Thebe.

Of course, the right things to be produced for the right clients will necessarily have to be carried out in much the same way as archaeologists might wish to carry out excavations to discover the ways of life for the people who inhabited those areas before those without knees came to Zimbabwe bringing along swanky clothing and modernist tools and other forms of technology. Such archaeological digs could unearth a wealth of knowledge about Zimbabweans and other Africans elsewhere that remains buried deep in the earth as though our people have no shining proud history of their own albeit termed ‘primitive’ by primitive- minded modernists.

Tourism being a growth industry, and God willing, this country and, indeed, the entire SADC region might never be the same again after the world tourism assembly last month. 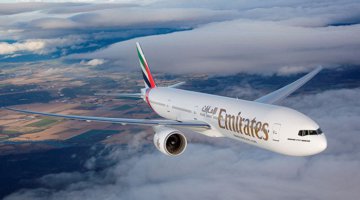