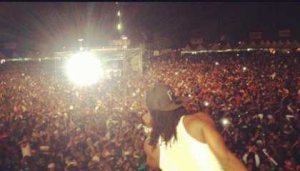 Adding spice to the line-up will be newcomers Kudah and Jah Warria.

Dubbed “More Love Reggae Bash”, the gig is expected to delight reggae and dancehall fans by bringing to Harare two of the hottest international artistes.

Kingly T is making waves in reggae right now in the United States while Wild Life is blazing it up in Jamaica.

Both artistes will be performing live backed by the Azania Band, a South African-based outfit that has worked with most international artistes who come to perform in that country.

According to Winnie Chawira, the selection of local acts was based on their authenticity and unique talents. 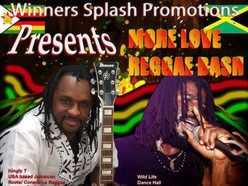 Roots/conscious reggae artiste Kingly T is a Jamaican based in the US. He has lots of experience and has played at “Reggae Sunsplash” in Jamaica, Japan, Canada and South America, to mention just a few.

His performance at Kalamazoo Festival in Michigan, US, in July was a hit on the top TV Stories as the Festival saw over 25 000 fans that weekend. His new album, “Live the Life”, has been getting airplay in the US, Europe, South America and other African countries.

His song, “Eastward Bound”, led radio charts for eight weeks and he became artiste of the month for two consecutive months on the Shyrick Radio based in St Louis, Missouri, in US for July and August 2013.

Upon his visit to Zimbabwe, Kingly T gave away two songs “Eastward Bound” and “More Love” to all the people in Africa.

Kingly T is multi-talented as he is also a guitar player and has been sought after by a lot of top legendary artistes to occasionally spice up their shows.

On the other hand, Wild Life is best known as the “Voice of Thunda” by his counterparts, and he is based in Kingston, Jamaica. He is from the Dr Caveman family and well-known for producing Sizzla’s works.

He has been busy with shows and one of his songs “Old Corolla” is making waves in Jamaica and fans can’t have enough of it. 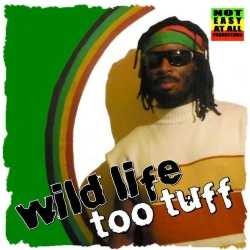 Wild Life’s performances are so energetic and he does not tire.

His recent performance at the recently held Marcus Garvey Festival was described as stellar performance.

Winners Splash Promotions is a new Mutare-based music promotion company run by the Chawira family of Beaulah, Howard and Winnie based in Nebraska, the US.

Winnie has been in music for more than 20 years, mostly behind the scenes. Their debut show is also a celebratory event that will introduce Winners Splash Promotions to Zimbabwe. 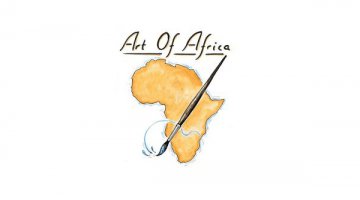 Art of Africa: For the Love of Art!