Air Namibia will be replacing its two Airbus A340 300s with brand new Airbus A330 200s, which would be leased from Intrepid Aviation over September and November respectively. TravelhouseUK has highlighted air travel to every single destination from the UK with the help of international and regional airlines. According to news reports published under ch-aviation, Air Namibia has secured a leased contract for two new Airbus A330 200s which are to be inducted within the remaining half of the current year.

The induction of new aircraft will provide a much needed boost for the sustenance of the Namibian flag carrier in the international market. The highlight will indicate to the passenger market that the airline is active and will retain its market for the times to come.

TravelhouseUK has also maintained partnership with regional air operators of variable scales and capacities. The agency provides bookings for seats under Air Namibia, whose flights to Luanda taking from London Heathrow Airport are among the latest budget deals being offered under the on-going season.

Air Namibia has acquired the Airbus A330 200s from Intrepid Aviation under a leased contract. Both the aircraft are brand new, and will be overhauled into passenger cabins of economy and business class categories in order to maximize passenger comfort and travel experience for long haul flights.

The first of the pair will be inducted in September, while the second one will follow up to be inducted in November. The new airliners will be utilized to take major routes between Europe and Namibia, and will support regular frequencies accordingly. After induction, they would start to become operative from the 1st of October, replacing the previous A340 300s serving under Air Namibia.

The Airbus A330 family consists of wide body, twin engine airliners which have been installed with fly by wire controls. The 200 variant has been designed with fuselage shortening to accommodate for flexibility among long range and short range flights. The interior design has also been made different from the all the previous models of the A330 series. Airbus has added developments to its basic structure, specially its stabilizer for aerodynamic improvements over the years.

Air Namibia is the flag carrier of Namibia having its hub of operations based in Windhoek Hosea Kutako International Airport. The airline is regionally confined among the continents of Europe and Africa, among which it serves a few destinations to support air connectivity of Namibia internationally. Its operations are supported with a fleet of leased aircraft.

Next post Rhino Knights update: My gratitude to Zimbabwe

Previous post &Beyond invest in African Safari Camps and Lodges 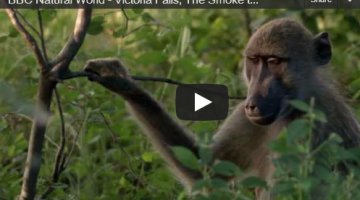