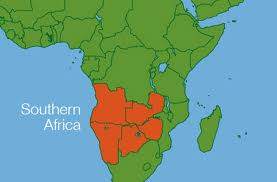 African countries must promote domestic tourism as a first port of call before concerning themselves with outsiders as this is a stepping stone in improving their economies, United Nations World Tourism Organisation secretary general Mr Taleb Rifai has said.

Addressing a press conference to mark the official closure of major proceedings of this year’s UNWTO general assembly in Livingstone Zambia yesterday, Mr Rifai said statistics have shown that domestic tourism was the mainstay of economic activities in most countries.

“Last year 1 billion people travelled as international tourists. Domestic tourists, those travelling within their country borders, were around five billion.

“Although they did not contribute to the foreign currency earnings of respective countries they help in many other economic activities.

“They help in generating employment and growth of infrastructure,” he said.

Mr Rifai, who was also re-elected secretary general for the next four years, said locals must feel the impact of tourism in their respective countries. 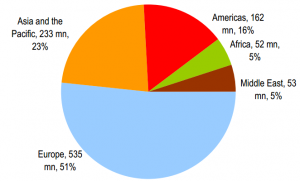 International tourist arrivals came to over 1 billion in 2012

He said the UNWTO’s reason to hold this year’s general assembly for the first time in Southern Africa was an indirect way of marketing the continent to boost its arrivals as it was among regions receiving the lowest arrivals.

Figures released early this week showed that in spite of growing number of arrivals in the world, Africa was only getting a five percent of the share, way below its potential.

“Countries were individually discussing with source markets. On the sidelines of this assembly there were agreements that were entered between African countries and China, Russia and German among other countries,” he said.

He said the general assembly had been a success and delegates discussed a number of issues among them the need to improve free flow of tourists.

Chief among them, he said, was the need to change the visa systems of many countries that were discouraging the movement of tourists.

“There were also discussions on the need for member countries to open up their skies to enable more tourists to find easier and cheaper ways to access destinations.”

Mr Rifai said emphasis was also put on the need to promote tourism as statistics have shown that more than 300 million youths across the world travelled across the globe last year.

Addressing delegates at the closing ceremony, Mr Rifai said the UNWTO believed in Africa and will continue to support the continent to fulfil its quest to be recognised on the global tourism radar. 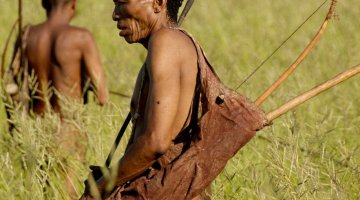