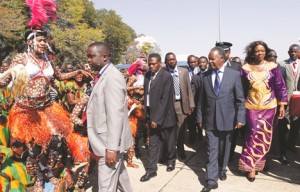 President Sata says his Government is focused on improving the competitiveness of Zambia’s tourism sector by streamlining the regulatory environment and putting in place tax incentives aimed at promoting growth and investment.

Officially closing the 20th Session of the United Nations World Tourism Organisation (UNWTO) general assembly at the Royal Livingstone Hotel last evening, President Sata said he has been following, with keen interest ,deliberations of the conference on efforts to advance tourism’s sustainable growth such as visa facilitation, connectivity and accessibility.

“My Government is investing in the construction of roads, rails, airports, border facilities and information and communication technology infrastructure which will facilitate the opening up of more tourist sites in the country,” he said.

The President said in line with the objective of increasing international tourist arrivals from around the world, he is pleased that the UNWTO reported that in the last decade, international tourism development has seen the growth of many tourist destinations to developing economies.

“As a growing economy, Zambia welcomes this development. It is my conviction that with appropriate interventions and technical support from the UNWTO secretariat, developing destinations such as ours can become attractions to international tourists.

“I would like to appeal that as we promote tourism development to generate employment and incomes, let us guard against the pitfalls of over consumption. We need to keep in mind that we have a sacred duty to protect our physical environment and cultures by promoting sustainable tourism,” Mr Sata said.

President Sata said increased interactions among tourists and local communities have the potential and capacity to promote international understanding and global peace.

Mr Sata commended UNWTO general secretary Taleb Rifai and his staff for promoting the Sustainable Tourism-Eliminating Poverty (ST-EP) initiative which he believes directly relate to the attainment of the Millennium Development Goals.

The President is happy that the ST-EP initiative has been revisited so that it can be a stand-alone international organisation to harness the development potential of tourism in the fight against poverty.

“In this way, it also has a special focus on meeting the survival needs of our people living on less than a dollar a day,” he said.

President Sata commended ministers and officials from the two ministries responsible for tourism in Zambia and Zimbabwe for a job well done during the preparation and successful hosting of the general assembly.

The President thanked the UNWTO secretariat for the support rendered to Zambia and Zimbabwe to ensure the successful hosting of the general assembly.

He said the presence of delegations and their active participation greatly contributed to the successful hosting of the general assembly.

“It is our hope that you will spend a little more days or return to further sample the tourism attractions of our sisterly republics whom we fondly refer to as Siamese twins.

“We believe you are our goodwill ambassadors who, we are sure, will market our heritage site- the Mighty Victoria falls,” President Sata said. 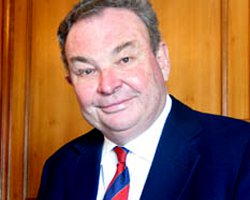