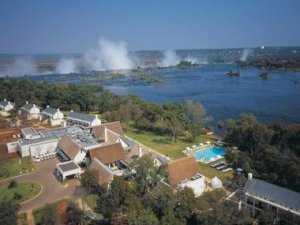 Rehabilitation of infrastructure at the Victoria Falls World Heritage Site in Livingstone has been completed in readiness for the United Nations World Tourism Organisation (UNWTO) general assembly which starts this Saturday.

The site is home to the Victoria Falls and also houses the Zambezi Sun Hotel, the main venue for delegates to the UNWTO general assembly.

Government released about K6 million for rehabilitation of infrastructure at the site which included erection of an 800-meter steel fence from the Victoria Falls Bridge to Zambezi Sun Hotel, construction of a modern curio market, a contemporary lavatory and upgrading of walk ways, among others.

Speaking during the official opening of the site on Monday, Minister of Chiefs and Traditional Affairs Nkandu Luo urged Livingstone residents to guard the structures jealously.

On the construction of a curio market, Prof. Luo said she is happy that traders, who for years had been selling their crafts in makeshift stores, will now have a decent place to conduct their business transactions from.

“The works are very good, we’re good at construction but since we’re also good at destruction, I will be coming frequently to inspect, especially the toilets,” she said.

Prof. Luo urged Livingstone residents to turn up in large numbers and visit the site, which now has an information centre for both tourism and geological education purposes.

“Among the works carried out include rehabilitation and paving of three car parks, improvement of information through heritage interpretation panels and information signage.

“Others were the erection of protective barricades at dangerous points in the site and construction of a refreshment centre,” Mr Chipote said.

He said during the construction works, over 100 youths were employed. 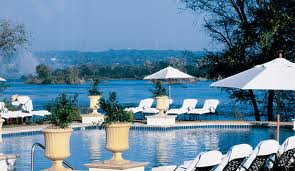