It started as a pipe dream, then it became reality and today, Zimbabwe and its neighbor Zambia are on the brink of hosting the biggest event ever on the international tourism calendar – the United Nations World Tourism Organisation General Assembly. In less than a week, the 20th session of the UNWTO General Assembly opens in the twin tourist resort towns of Victoria Falls and Livingstone, whose common denominator is the mighty falls on the Zambezi River shared by the two countries. How time flies?

This is exactly two years after the two Southern African countries won the bid to co-host the General Assembly at the 19th session held in Guaengju, South Korea.

The UNWTO General Assembly is a bi-annual mega tourism event that is held on equal rotational basis between the 186 member states, meaning Zimbabwe will not be able to host this event in the next 360 years, everything else being equal. 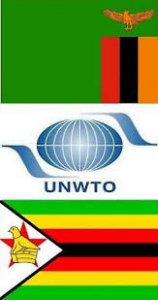 That makes the Victoria Falls UNWTO a very special event for Zimbabwe and its neighbor, Zambia whose next four or so generations might never get the chance to witness the event on their soils.

What makes it even more special is the fact that this is the first time such a mega tourism event has been held in Southern Africa and the second ever time on African soil, after Senegal hosted it in 2007.

Everything is at stake, from image to business as Zimbabwe and Zambia seek endorsement of their tourism brand as safe and attractive tourist destinations from the tourism family that includes ministers and captains of the tourism and hospitality industries from the 186 member states. Also expected are international tourist wholesalers.

Therefore, it is our time to make this event a success and we must leave no stone unturned to prove to the world that Zimbabwe is a safe and attractive tourist destination, especially after successfully holding elections that have been endorsed by all observer missions as free, fair and credible.

The elections that had seen many getting worried that they might explode and plunge the hosting bid into smoke, actually shocked many because of their peaceful manner.

The way the elections were held is indicative of the country’s desire to prove to the world that Zimbabwe is serious about business.

The UNWTO indaba is about unlocking the tourism value of Zimbabwe and Zambia’s tourist attractions to the world for long-term benefits.

For Zimbabwe, UNWTO is actually about promoting the new tourism brand — “Zimbabwe: A World of Wonders” – after the Zimbabwe Tourism Authority successfully rebranded the country from “Zimbabwe — Africa’s Paradise”, which was viewed as outdated and offensive to the non-Christian community.

For Zimbabwe, the indaba brings the eyes of the world to a country that for long has demanded a change of perceptions from the world after being tainted and soiled by the Western governments over the land reform programme and indigenisation policy.

The UNWTO indaba provides the greatest opportunity to clear the bad image as the world’s tourism family will have first-hand experience on what Zimbabwe offers.

With preparations having been successfully hailed by Vice President Mujuru, who chairs the organising committee, the tourism and hospitality industry in Zimbabwe is certainly ready to prove to the world that it can compete with any tourist attraction in the world in terms of both attractiveness and safety.

This is our time to make a point to the world. The eyes are on us and we should use the last few days left to put final touches and make the UNWTO General Assembly a memorable African event.