The Ministry of Environment, Wildlife and Tourism has announced a ban on hunting in all controlled hunting areas in Botswana.

The ban on hunting will be effective beginning of next year, although hunting in registered game ranches will however not be affected by the ban, the Minister of Tourism, Tshekedi Khama told parliament on Tuesday.

No quotas, licenses or permits will be issued for hunting of part I and part II schedule game animals as listed in the Wildlife Conservation and National Parks Act, Khama has said.

The minister has however explained that licenses will continue to be issued for game birds listed in part III of the same Act subject to conditions to be determined by the department of Wildlife and National Parks.

“The decision to temporarily ban hunting has been necessitated by available information which indicates that several species in the country are showing a decline in numbers.

The causes of the decline are likely due to a combination of factors such as anthropogenic impacts, including illegal off take and habitat fragmentation or loss,” Khama said.

The ban will allow the ministry to work with all relevant stakeholders in understanding the causes of the decline and where possible, to put in place remedial measures to reverse the trend, said Khama adding that his ministry is cognizant of the fact that community based organizations that have primarily benefited from consumptive utilization are anxious about the potential impact of the decision.

“My Ministry has given prior notice and facilitation to ensure a smooth transition of CBOs to photographic tourism. We believe that benefits that will accrue to the CBOs from photographic ventures will in the long term be more sustainable than those derived from hunting,” he said. 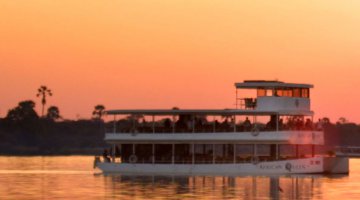