The Zimbabwe Government has paid US$40 million towards its Federation-era power debt to Zambia, paving the way for construction of the Batoka Gorge hydro power station. The payment was made through power utility ZESA, which is wholly-owned by government.

The debt was for the shared cost of the Kariba Dam construction and the associated infrastructure. It also included proceeds of the sale of assets belonging to Central African Power Corporation (CAPCO), a power firm jointly owned by the two countries as members of the Federation of Rhodesia and Nyasaland which was dissolved in 1963. CAPCO was running the Kariba power project for the two countries but was disbanded in 1987.

ZESA spokesperson, Fullard Gwasira, confirmed the development last week saying the debt payment would help pave the way towards the construction of the Batoka Gorge hydro power station. He also indicated that the debt balance would be paid within the next seven months.

“We have already paid US$40 million to Zambia as part settlement of the US$70,8 million debt,” Gwasira said. “The balance will be cleared on or before March 2014 as we have total commitment to our side of the bargain to ensure that we have a clean bill with our Zambian counterparts. ZESA Holdings has rendered its cooperation to its Zambian counterparts, a move that will go a long way to ensure the smooth execution of the Batoka Hydro power project to achieve security of electricity supply.”

Zimbabwe and Zambia last year signed a Memorandum of Understanding (MoU) to jointly construct the Batoka hydro electric project with each country expected to get 800MW of electricity from the project, a development which would help boost power supply in the two countries.

The agreement on the project, situated about 50km downstream of Victoria Falls on the Zambezi River, was however dependent on Zimbabwe’s commitment to pay off the debt it owed Zambia over CAPCO.

The Batoka project, estimated to cost about US$3 billion is expected to be built and operated by a private company for a period of years before transferring ownership to the two states.

Recently the State Procurement Board awarded tenders to China Machinery Engineering Company and Sino Hydro Corporation to expand Hwange and Kariba power stations respectively. The expansion of Hwange will see the additional of two units with a combined generation capacity of 600MW while the expansion of Kariba Power station will add 300MW of electricity to the national grid. Zimbabwe has also embarked on the refurbishment of its power stations to boost generation capacity. 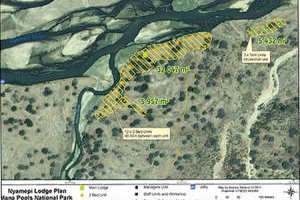