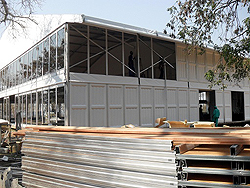 The aluminum and glass structure that will serve as a conference centre for the upcoming United Nations World Tourism Organisation (UNWTO) general assembly will be done by the end of this week, an official said.

Zimbabwe and Zambia are co-hosting the UNWTO 20th session in Victoria Falls and Livingstone respectively from August 24 to 29.

“The structure will be done by the end of this week. Everything we need has arrived and we are working on it as we speak,” she said.

Wallace said the double story structure would have a large conference room to accommodate 500 invited delegates and 300 members of the public.

“It will also have a press conference room, a registration and accreditation room on the ground floor. The upstairs will have WTO offices, journalists working area and a viewing deck,” she said.

VP Mujuru expressed satisfaction with the work on the ground.

“So far, the progress is very encouraging, it is impressive. We are ready to host the general assembly,” she said.

Meanwhile, the UNWTO advance secretariat team was expected to arrive in the country yesterday ahead of the general assembly.

The arrival of the team is to ensure that general assembly runs smoothly. The advance team comes as tourism players say they are ready for the event.

The players in Victoria Falls have invested $16 million in sprucing up its image. 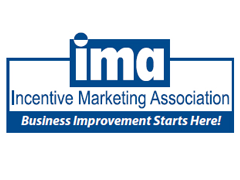 Hope on the horizon for corporate travel, incentive trips and conferences in Victoria Falls and Livingstone?