And the airline has appealed for input from travellers to help it identify how best the new services can be structured.

Following the successful launch of its first international service, from Lusaka to Lilongwe, on June 4, Zambia’s only locally registered scheduled carrier is now planning to fly from Ndola to Lubumbashi in the Democratic Republic of Congo, with connections between Ndola and Lusaka.

With the introduction of the Malawi route, Proflight Zambia currently operates ten scheduled routes using nine aircraft, including a 105-seat Boeing 737 aircraft which was recently added to the Proflight fleet as the airline’s first jet aircraft.

“We believe that after years of prudent, steady growth, Proflight Zambia has now built a solid base and reached a critical mass from which it can expand into regional markets, heeding the requests of our customers,” said Proflight Director of Government and Industry Affairs Capt. Philip Lemba. “Lusaka is a natural choice as a hub, and Proflight is determined to be a standard bearer for Zambian aviation throughout the region.”

Proflight is keen to introduce flights to Johannesburg from Lusaka and is examining the option of flying into South Africa city’s smaller Lanseria airport, for which costs are lower than that of the city’s main OR Tambo (ORT) International airport.

Lanseria airport is on the Sandton / Pretoria side of Johannesburg, closer to Lusaka in terms of flying time, and also closer to central Johannesburg, Pretoria and Sandton then ORT, meaning significantly shorter airport taxi times.  Proflight’s service to Johannesburg would allow connections via shuttle bus from Lanseria to ORT as well as shuttles to the Rivonia and Centurion Gautrains.  Lanseria is well suited for shoppers wanting to visit downtown Johannesburg, Rivonia, Sandton City and Fourways. With shuttles to the Gautrain stations it is also well suited for businesspeople visiting Johannesburg or Pretoria.

Lanseria is also served by Kalula and Mango Airlines, which fly to Cape Town and Durban from Lanseria, enabling convenient onward connections. 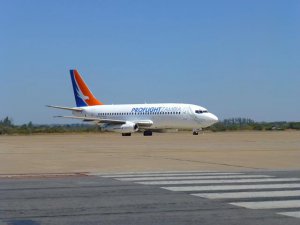 By operating into Lanseria which is a smaller airport Proflight will be able to keep costs down and make it more affordable as well as getting favourable slots to operate at times convenient to passengers.

Suggestions, recommendations or opinions that would help the airline with its market research and decisions on this route can be sent to enews@proflight-zambia.com

The airline celebrates 22 years of operation this year, and has grown from operating a single aircraft to a fleet of nine serving nine domestic destinations and one international route. It prides itself in providing a safe, reliable, efficient and friendly service and is determined to continue its strategy of steady expansion.

Proflight Zambia was established in 1991 and is Zambia’s only scheduled airline. From its base in Lusaka it flies to Livingstone, Mfuwe, Lower Zambezi, Ndola, Solwezi, Chipata, Mansa and Kasama, and to Lilongwe in Malawi.

The airline prides itself in providing a safe, reliable, efficient and friendly service, and offering good value to business and leisure travellers locally and internationally.

More information is available at www.flyzambia.com. 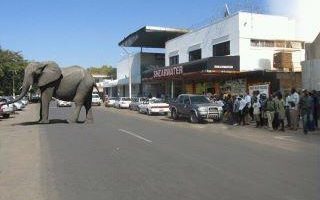