A Scotsman by the name of David Livingstone set sight on the Victoria Falls, and Zambia’s tourist capital still bears his name; this time it is a certain former United States President to leave his footprint on the same city.

Bill Clinton yesterday set foot on Livingstone with his daughter Chelsea as part of an African tour of the Clinton Foundation projects.

The former US President arrived last night at 19:15, and was welcomed by Southern Province Permanent Secretary Benard Namachila, Town Clerk Vivian Chikoti and US ambassador to Zambia Mark Storella.

His visit comes on the heels of his successor, George W. Bush’s visit to the town last month.

The Clintons’ visit to Africa will also include Malawi, Tanzania (including Zanzibar), Rwanda and South Africa.

Today, Mr Clinton will visit one of the Clinton Global Initiative (CGI) projects in Livingstone, where the US-based Starkey Hearing Foundation will work with local authorities to fit hearing aids on people who need them.

President Clinton first travelled to Africa in 1998, which was the longest and most extensive trip to the continent made by a sitting American president.

During the previous year, Chelsea and then First Lady Hillary Clinton made a seminal visit to Africa.

Since their initial trips, President Clinton and Chelsea have continued to build on their longstanding commitment to Africa through the work of the Clinton Foundation, providing investment, opportunity, and health access to under-served communities.

Mr Clinton’s visit, like his successors, will be seen locally as perfect advertisements for Livingstone to host the United Nations World Tourism Organisation general assembly this month. 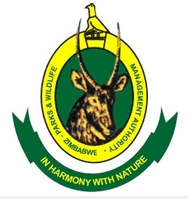