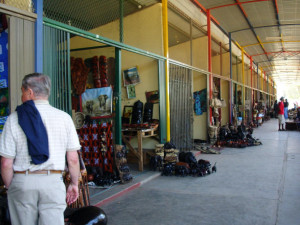 Traders at Mukuni Victoria Falls Curio Market in Livingstone have praised the Patriotic Front (PF) Government for constructing a new market in the area.

Curio traders at the Victoria Falls world heritage site in Livingstone have thanked Government for building them a modern market after years of operating from makeshift stands.

The National Heritage Conservation Commission (NHCC) received more than K6 million from the Government to upgrade various infrastructure at the Victoria Falls World Heritage Site which include the construction of the new curio market and the traders, whose makeshift stalls were a few metres from the entrance to the falls, have been relocated upstream of the Victoria Falls where a shop has been set up.

The over 200 traders, mostly from Mukuni village in Kazungula, earn a living from selling their handicrafts to foreign and local tourists who visit the seventh wonder of the world.

Mr Makale said a decent trading environment is important to the traders because it has the capacity to add value to their products and attract more customers.

“We were operating in makeshift stalls where four curio traders would share an old newspaper to display their artifacts. This wasn’t good because customers had second thoughts about the quality of our crafts.

“We’re really happy that Government released funds for the construction of the market and this means our crafts will be even more secure because we will have rooms where they will be kept safe, unlike in the past when we had to hire guards,” he said.

The new market will have 52 stores to cater for about 220 traders.

Mr Makale said although the market is not big enough, the traders are happy with its decency as it is far better than the makeshift ones.

He said the traders intend to turn one of the new stands into an HIV and AIDS awareness centre whose proceeds will be used to sensitise the Mukuni village community on the dangers of HIV and AIDS.

And the curio market’s project manager, Larry Sibulowa, said the construction works will be completed early next month.

Mr Sibulowa of Kalomo Contractors said the works are at 80 percent and that traders should expect a quality structure.

“We’ve just started roofing and we’re yet to start partitioning the stores. We have all the materials here,” he said.Mr Malake, whose members relocated to pave way for the construction of a new market, said in an interview in Livingstone that the new premises would add value and beauty to one of the Seven Wonders of the World. 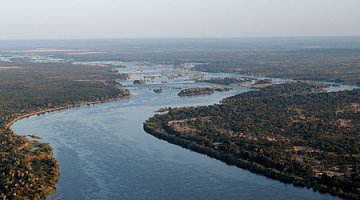