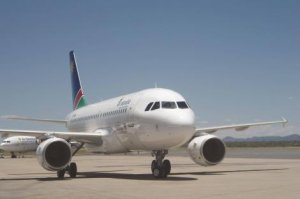 After starting off 21 years ago, offering one flight a week to Luanda, Air Namibia has announced it now flies to the Angolan Capital seven days a week.

Air Namibia has announced an increase in the frequency of flights between Windhoek and Luanda, to meet the rising demand for seats on this route.

From 6 August 2013, the national air carrier will introduce an additional flight per week on the route – on Tuesdays – to bring to seven (7) the total number of flights operated by Air Namibia between Windhoek and Luanda. Currently, the airline operates six flights daily, except on Tuesdays. With the additional flight, Air Namibia customers will now be able to fly between Luanda and Windhoek on any day of their choice.

The additional flight will also be operated using the Airbus A319-100 fleet, and will operate at the same flight timings as the current six flights. The schedule for the route is as follows (all times are local at airport of operation).

“This move is in line with our network strategy, of offering more frequency on routes, which gives our clients flexibility and best options on choice for dates of travel,” said Air Namibia’s manager for corporate communication, Paul Nakawa. “We are happy to see that the once per week flight which was operated on Sundays in 1991, grew to a daily service in a sphere time of almost 21 years. The dream of a daily flight has eventually been realised.”

The airline launched its service between Luanda and Windhoek in May 1991, with a frequency of once per week on Sundays, but the operation was halted in 1992 as a result of civil war in Angola.

Nakawa said since then the Luanda route has seen a steady growth in passenger numbers, with increased flight frequencies following.

“We are happy to see that the once per week flight which was operated on Sundays in 1991 grew to a daily service in a timesphere of almost 21 years. The dream of a daily flight has eventually been realised,” he said. 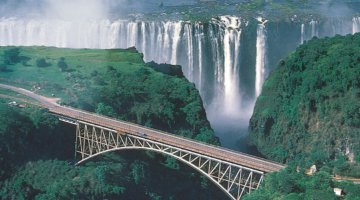