Animals with the ability to eavesdrop on their neighbors may have the edge when it comes to finding food and expanding their habitat.

Animals that have developed the ability to eavesdrop on their neighbors may have the edge when it comes to finding food and expanding their habitat, according to a new study by researchers in Australia.

The research, published in Functional Ecology, was based on studies of wild, free-living animals in the Kalahari Desert in southern Africa.

“Vocal communication has come to light over the last decade as an important way for information to be transferred among individuals within species, but relatively little attention has been given to unintentional transfer of information between species, known as eavesdropping,” Dr Amanda Ridley, who carried out the study.

“This is surprising because eavesdropping is likely to have considerable benefits – especially if individuals can reduce their own efforts in keeping an eye out for predators by simply eavesdropping on the alarm calls of others.

According to Dr Ridley, the research shows that a solitary bird species gains considerable benefits by following a social bird species that has a well-organised sentinel system (where individuals take turns to stand on guard and warn the rest of the group of approaching predators).

“When eavesdropping, these solitary birds can spend more of their time foraging, less time being vigilant and expand into habitat not normally available to them. Therefore the benefits of eavesdropping are large and can completely change an animal’s behaviour,” said Dr Ridley.

Besides revealing that eavesdropping could have an important influence on animal behavior and community structure (because eavesdroppers follow those that give reliable alarm calls), the study also showed that eavesdropping can lead to considerable ecological benefits, allowing habitat expansion and greater foraging efficiency.

In the long-term, these benefits could influence the survival and reproductive success of eavesdropping individuals.

Next post Zimbabwe ranked top of literacy rate in Africa 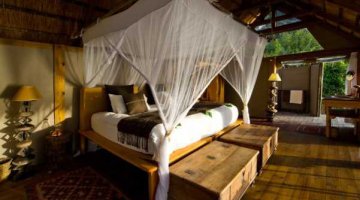