RTG Virtual will serve as a partnership platform for local hotels in Zimbabwe and South Africa, helping revenue increase by covering a larger area through its central reservation desk on commission.

While national queries will be managed by the RTG Central Reservations Office in Harare, Zimbabwe, international customers will be attended to through the South African central office.

Mr Marware said the platform would also open up international and global gateways to smaller, local hotels and tourism operators.

He said small hotels and lodges do not have the capacity to market themselves on a large scale so RTG Virtual would provide that opportunity and grow the hospitality and tourism industry in the process.

“This facility will result in increased convenience and choice for customers as recommendations of facilities will be done depending on the customer’s needs,” Marware said.

The director explained the virtual system will also serve to bridge the geographical gap of operations across other regional and international destinations.

“There is need for hotels to be innovative or they die,” he said.

He said the group had already brought on 13 partners who had been approved while five were still under consideration.
The group, which has already engaged hotels such as Montclair Hotel in Nyanga, Regency Flamboyant in Masvingo, Rhodes Nyanga, Inns of Zimbabwe in the Eastern Highlands, Chengeta Lodge, Pamuzinda and Golden Peacock in Mutare, is targeting 23 partners by August this year and 30 by December.

Gift Madhlayo, representative of Inns of Zimbabwe, believes RTG Virtual will transform the Eastern Highlands, also referred to as the ‘Switzerland of Zimbabwe’, into an active destination because of increased accessibility.

“RTG has used competition as a way to coordinate and integrate players in the hospitality thus growing the industry,” he said.

Marware believes the hospitality and tourism industry and economy benefits from partnerships as it drives hard work.

The programme also supports the efforts of the Tourism and Hospitality Industry Ministry as part of the Zimbabwe Tourism Authority on the National Tourism Masterplan .

“It is an affordable, seamless and complementary platform for individuals and organisations wanting to consume tourism and hospitality services across Zimbabwe,” he said.

“RTG has used competition as a way to co-ordinate and integrate players in the hospitality thus growing the industry,” said Marware. 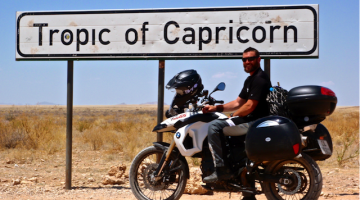