Cheteshwar Pujara reckons that an outing in the limited overs format for Team India would go a long way in changing the general misconception that he is only suited for Test cricket.

Pujara has an opportunity to prove his critics wrong after being picked for the tour of Zimbabwe consisting of five ODIs. The first match is scheduled for July 24.

There is a high probability that the Saurashtra batsman will make his debut.

In an interview with Indian Express, Pujara said that he was confident and this was the right time to change gears for adapting to the one-day mode.

“I think I have the basics, now it’s just about shifting the gears at the right time, and that comes with more matches at the international level,” he said.

“My technique is correct. Yeah, maybe at times, you need to learn (to play) more shots and you need to play according to the situation, but that comes with experience.”

The 25-year-old burst on to the international scene three years ago after a string of big scores in domestic cricket. The selectors kept their faith in him and persisted, a faith that Pujara repaid by piling up the runs in the Test series against New Zealand, England and Australia.

Pujara’s domestic limited overs career prompted the selectors to include him in the ODI squad. In 61 domestic one-dayers, Pujara has scored 2 735 runs at an average of 56.97. He gave a glimpse of his talent during last year’s Challenger Trophy, smashing 158 not out, 124 not out and 79 at a strike rate of 107.

During his Test hundreds against Australia earlier this year, he maintained high strike rates too despite taking time to settle down, an approach he feels would help in overseas conditions.

“With the two new balls, it does make a difference, and you have to be technically correct,” he said. “If you are playing on a flat wicket, then it’s a different story altogether, but when you are playing overseas, you can’t play your shots from the beginning, and you need wickets at the end to accelerate. And with the new rules, you have five fielders inside (the circle), so even acceleration becomes easier once the ball is old. But you need to have wickets in hand.”

“It  is a matter of great honour for Delhi & District Cricket Association that BCCI has appointed its Joint Secretary & Media Manager Mr Ravi Jain as the Manager for the Indian cricket team touring Zimbabwe in July 2013 for ODI Series,” DDCA General Secretary S P Bansal said in a statement. 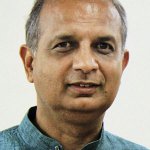 Jain had earlier toured with the Indian team as a media manager for a limited overs series to Sri Lanka last year when it played five One-day Internationals and a one-off Twenty20 International between July 21 to August 7.

The Zimbabwe tour will be the first time he will be travelling as a team manager. 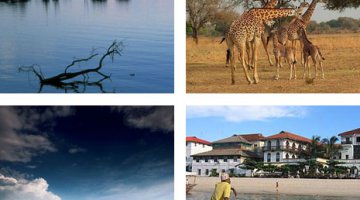