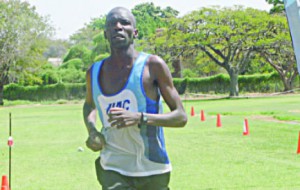 Sibanda walked away US$500 richer after leading the pack from the starting point through the course to romp home in 2 hours 19 mins and 11 sec.

Sibanda was ecstatic about defending the title and beating his own record.

“I came into this race as the defending champion and that made me very determined to win. I had trained hard all year for this marathon and it has paid off. I’m looking forward to continue dominating the race in the coming editions,” he said. 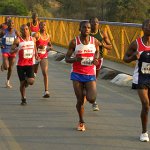 The women’s category was won by veteran long distance runner Samukeliso Moyo, who finished in 2 hours 54 mins and 34 sec, with Chiedza Choko coming in second in two hours 57 mins and 49 sec, while Muchaneta Gwata came in at third.

The half Marathon was won by Wirimai Juwawo, who clocked 1 hour 5 minutes and 49 sec, while Contance Nyasango won the women’s half marathon in one hour 18 mins and 56 sec.

Please remember that the Vic Falls Marathon is a Qualifying Event for The Two Oceans and Comrades Marathons. 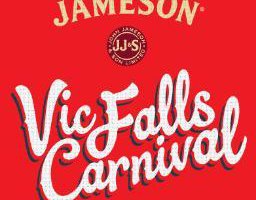