Turkey looking to invest in tourism sector of Namibia 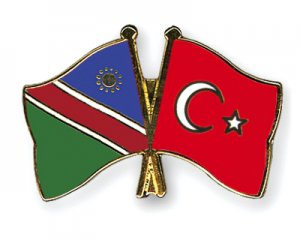 Relations between Namibia and Turkey are on the threshold of a new era in which Namibia could reap huge benefits on the medical, scientific, educational and economic fronts. The unsaturated tourism market also stands to gain significantly from ambitious plans by Turkey to be one of the largest investors in Africa, and boost relations between the two countries.

This was revealed yesterday by the three-person visiting business team from Turkey, currently in Windhoek, in an exclusive interview with New Era. Led by the Honorary Consul of Turkey for Namibia, Hatem Yavuz, the team consists of Dr Sirri Aydogën, Deputy Mayor of the city of Izmir, and expo/tourism specialist Seda Gëlenc.

“Namibia is tailor made for this programme with its small population, huge tourism potential, economic stability and peace after 23 years of independence,” stressed Yavuz adding that Turkey is embracing Africa right now in a detailed study to strengthen ties with smaller economies and enhance trade and economic relations with them.

The trio are on a three-day visit to scout the Namibia economic scene. They paid a visit to Prime Minister Hage Geingob yesterday afternoon, and will also meet with various other Namibian ministers during the course of their stay. Yavuz also revealed that an official trade agreement is to be signed soon with the Ministry of Trade and Industry.

“And that is just the beginning of things to come. Turkey is very keen to increase the speed and depth of its relations with Namibia, which have been on a very small scale up to now. Turkey will concentrate on assisting and investing in Namibia to improve on medicine, economics, tourism, education and science in your beautiful and stable country. Right now, I am negotiating for Turkish Airlines to make Namibia their 29th destination in Africa. Details of this plan whereby thousands of tourists could be flown into Namibia annually will be announced soon. If negotiations turn to fruition, Turkish Airlines will fly a loop between Istanbul, Luanda and Windhoek,“ he added.

Led by the Honorary Consul of Turkey for Namibia, Hatem Yavuz, the team consists of Dr Sirri Aydogën, Deputy Mayor of the city of Izmir, and expo/tourism specialist Seda Gëlenc

“Turkey also wants to invest heavily in education in Namibia by building Turkish schools. In these schools, the aim will be to promote science, economics, maths and history. I have already successfully negotiated for a Turkish construction company to enter the building market in Namibia, and expect to see that company in action soon,” he said as part of the first Turkish mission to visit Namibia in an official capacity.

He stressed that the Turkish programme will result in Namibia being promoted on a big scale in Turkey with unlimited positive spin-offs for Namibia in virgin economic territory. Turkey is situated in the epicentre between Europe and Africa and ideally located for trade between the two continents.

Aydogën said they are here to gain first-hand experience of one of the few African countries he has not yet visited. “I am in awe of the beauty and cleanness of your capital. This is indeed the most beautiful city in Africa, and I hope to see much more of your country with the wide open spaces and the awesome Skeleton Coast,” he said.

Gëlenc is the secretary general of the Expo 2020 that will take place in Izmir.  “This is my first step into Africa, and I could not have chosen a better first stop to introduce me to the continent. My job is to promote Namibia as a tourist destination in Turkey, and hopefully Namibia will be present at the 2020 Izmir Expo.

“What we are planning will hold huge benefits for both countries, especially Namibia. Some 14 million Turks travel abroad each year, and Turkish tourists are wealthy tourists. They spend big time, and I know they will love the Namibian experience, once we have promoted it properly,” she said.

Yavuz concluded the interview by saying Turkey has no political agenda. “Turkey has never colonised a country in Africa, and we are here to do clean and fresh business. Turkey believes in ‘People Power’ and is on a mission to enhance relations between the two countries to the benefit of all.” 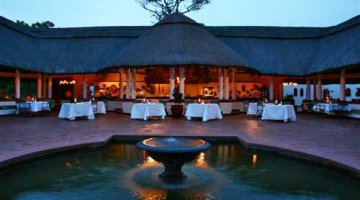