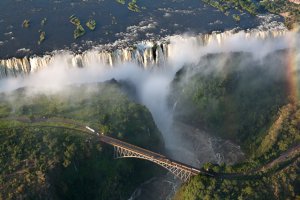 The August 24-29 global tourism event will be co-hosted in Zimbabwe’s Victoria Falls Town and Livingstone, Zambia’s tourism capital and home to the magnificent Victoria Falls, one of the seven wonders of the world.

There is need for international marketing efforts in tourism derived from the shared natural resources such as game reserves in the Zambezi-Okavango river basin encompassing Angola, Botswana, Namibia, Zambia and Zimbabwe.Other shared tourism resources include the Mapungubwe, rock formations above granite shield, located in the south-eastern Botswana shared with South Africa and Zimbabwe.

Besides, there is also the Victoria Falls, physically shared by Zambia and Zimbabwe, which has created a major component of flight schedules by many international airlines.Efforts in international tourism marketing have already been created under the Regional Tourism Organisation of Southern Africa (RETOSA) within the SADC region.However, research has shown that each individual country has its own tourism promotions mostly lacking information on cross-border tourism packages.

For instance, a survey has shown that visitors to the Victoria Falls, proceed to view animals in Botswana’s Chobe National Park whose elephants sometimes cross the Zambezi River into Zambia. 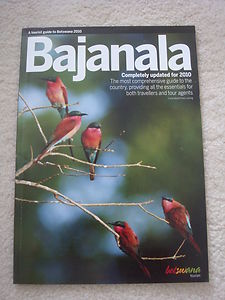 This Victoria Falls-Chobe tourism axis has led to some of the Bajanala, a comprehensive tourism guide by the Botswana Tourism (BT), to find its way into Livingstone.The publication has a comprehensive review of the Chobe, which is hailed for being home to one of the largest herds of elephants in the world.

With tourist packages extending across borders, there is need for a comprehensive guide for the entire SADC region.Other guides can also be developed involving two or more countries having commonality in visits by tourists or packages.Efforts to have a SADC guide were mooted some time back under RETOSA, but the voluminous publication suffered from restricted distribution.

High costs in mobilizing information for the publication, printing and circulation hinder such projects and readership of hard copies is threatened by the Internet, screen reading on mobile phones and other hand-held gadgets.High cost of producing hard copies can be reduced by publishing relevant information on websites so information can be accessed through the Internet in several languages.

Surfing the Internet has the advantage of fostering cyber tourism, which is the appreciation of tourist attractions without physical visits to the destination being reported on.

One of the benefits of developing the tourism industry is that the air transport creates international linkages.Air Botswana (AB) has introduced regular flights into South Africa, Namibia and Zambia. Air Namibia has recently launched flights into Zambia as well.

Creation of the airlines is one of the reasons Zambia should reach its potential in the tourism sector by developing the northern circuit near Lake Tanganyika.As the longest fresh water lake and the second deepest in the world, Lake Tanganyika, which Tanzania and Zambia share, offers several investment opportunities from within and outside the country.

One of  the tourist attractions in the region is the Lumangwe Falls, the second largest after the Victoria Falls, as well as the 221 metre-deep Kalambo Falls, the second deepest in Africa after South Africa’s Drakensburg.The northern circuit is also the burial place of Zwangendaba, the King of the Ngoni, who died around 1848 after the group of Bantu he led fled from tribal wars perpetrated by Shaka, King of the Zulu in South Africa.

Apart from these natural and heritage sites, the northern circuit can be developed further using Lake Tanganyika, which has potential in water sports, water sailing, fishing and sub-marine tourism.Once that region is fully developed, international airlines would be attracted to extend their services there, which can lead not only to new job opportunities for the local people and outsiders, but can also help speed the envisaged SADC regional integration.

Regional yoke
In spite of abundant natural resources from which the tourism sector can be developed into a viable industry to benefit the entire SADC region, Zambia has lagged behind in diversifying this sector.Before Zambia co-hosts the UNWTO General Assembly, questions have started emerging why the tourism sector is not contributing much to country and regional gross domestic products (GDPs) compared to Zimbabwe.

In an analysis availed to the press, the Policy Monitoring and Research Center (PMRC), said Zimbabwe was injecting in the region of US $ 800 million in its coffers from tourism compared to US $ 200 million for Zambia.For 2011, tourist visits in Zambia stood at 906,417 while neighboring Zimbabwe attracted 2,500,000, according to the PMRC report.

Another disparity is that there are only 31,900 employees in the tourism industry in Zambia when Zimbabwe has almost three times that number at 93,000 heads. PMRC has recommended, among other strategies, to diversify the tourism sector away from sites such as the Victoria Falls to arts and culture.

Arts such as basket-making and traditional ceremonies are major components in the tourism packages in Botswana and Swaziland, the major event in the last country being the reed dance.

Conclusion
The fact that Zambia and Botswana, the two partners involved in the construction of the planned Kazungula Bridge that is bound to ease travel within the region, are  endowed with natural resources that can contribute to the development of the tourism sector, is an aspect that players in this sub-region and prospective foreign investors should discuss at the august UNWTO General Assembly. As former Botswana president Festus Mogae once said, tourism is the new engine of economic growth that can be exploited to maximum advantage to help curb widespread poverty. 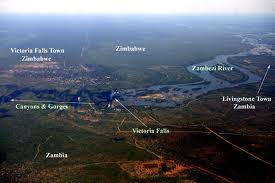 Could there be a new Victoria Falls town/city