Kirsty Coventry takes her seat in the International Olympic Committee 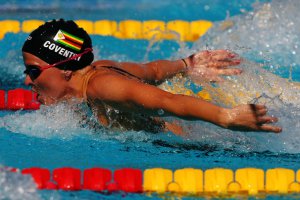 Zimbabwe has always produced more than a sprinkling of World Class sports people. From the Black brothers and sister who still walk the courts of Wimbledon to the Prices and Mcnultys of the golfing world and the rugby heroes such as Tendai BEAST and David Pocock… The Andy Flowers, Duncan Fletchers and the Tatenda Taibu’s…

This is a tribute not only to the good genes but also good school sport structures and great weather.

Kirsty Coventry will be taking her seat in the International Olympic Committee (IOC) Athletes’ Commission in Singapore and will represent a country that has so much to offer its people and those visitors are lucky to visit this amazing land, and in so doing take part ownership of all it has to offer.

The seven-time Olympic medallist and two-time champion in the 200m backstroke was one of the four athletes who were elected and sworn in by the IOC’s executive board after an “approval process” conducted on Tuesday.

Coventry, along with Slovakian shooter Danka Bartekova, Australian rower James Tomkins, and French canoer/kayaker Tony Estanguet, were elected into the commission by their peers in London at the 2012 Summer Olympics.

“The IOC is one big family sharing and spreading the values of the Olympic movement, and I am honoured to be joining this successful team. The voice and needs of the athletes are the heart of this organisation and are what keeps us alive. I am thankful to the Olympians of 2012 for electing me to represent all athletes within the IOC, and I look forward to working hard to ensure their voices are always heard,” Coventry said in her acceptance speech.

Olympic athletes who are elected to the commission take on eight-year terms as representatives for all athletes in the Olympic movement.

The athletes’ commission was created in 1981 to serve as a “consultative body” and a “link between active athletes and the IOC”.

Coventry and the other new members were expected to join their counterparts at the Session yesterday for the presentations of the three Candidate Cities for the third Summer Youth Olympic Games in 2018 — Buenos Aires (Argentina), Glasgow (Great Britain) and Medellin (Colombia) — and the election of the 2018 YOG host city.

Zimbabwe has great sportsman and we are proud to be associated with them. 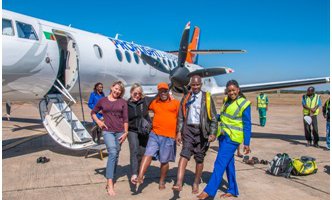 No Shoes Day for Zambian Music