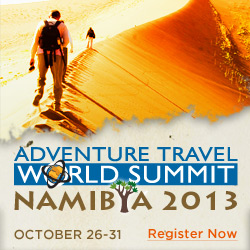 Between October 26th to 31st of this year, Namibia serves as host to 650+ tourism industry professionals for Adventure Travel Trade Association’s first-ever Adventure Travel World Summit on the continent of Africa.

The success of this upcoming event is so critical to the Namibian tourism industry that one single player is sponsoring this event with more than half a million dollars. FNB Namibia recently announced that is has made this significant sum available to ensure that the Summit conveys a powerful message about Namibia as a tourist destination.

According to Sophia Snyman, Head of Tourism at the bank, the creation of the FNB tourism desk in 2009 has not only given the bank the leading edge but has also contributed significantly to the growth of the industry.

“We know that tourism in Namibia gives Namibians across the country access to training, sustainable jobs, build infrastructure in communal conservancies and innovatively contributes to the positive image of Namibia abroad,” she said.

Snyman said that FNB has over the years seen some changes within the tourism industry since the establishment of the tourism desk.

“The desk was officially established in May 2009 just after the economic crisis and although we had our doubts about the future of tourism, we are happy to say that the industry proved us wrong. Although there were some players exiting the industry and a change of hands of some establishments, we have not experienced major bad debt in our books. However we noted concern from most of our customers about the inflow of tourist numbers. We also observed that some customers went back to the drawing boards and revisited their business strategies to align the businesses with current market trends. We are, however, very excited about the upcoming ATWS and the benefits that will derive from this event,” she added.

If imagination is a “preview of life’s coming attractions,” then let us together boldly set the future in motion. In Namibia, one of the least densely populated nations in the world, our host destination provides a promising preview into what’s possible in the face of extraordinary odds. Since its 1990 independence Namibia has successfully completed the transition to parliamentary democracy and has earned deserved recognition for one of the greatest wildlife recovery stories ever witnessed.

During the 2013 ATWS in Namibia, Summit delegates will enjoy adventures, learning and networking. 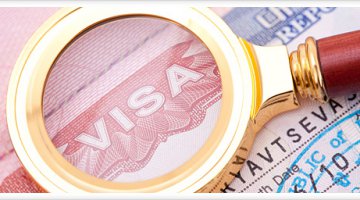 Univisa Stickers are back