Durban, being one of the most important ports for Zimbabwe, encourages good business traffic, increasing trade and tourism between the two countries. Incorporated into the inauguration; the airline unveiled a new livery for the aircraft deployed on the route.

Inati Ntshanga, CEO of SA Express, says the Harare route from Durban has proved to be a great success and is currently operating at over 70% occupancy. The direct flights operate three times a week using a 50-seat wide-body CRJ 200. However, Ntshanga told us SAX would increase the frequency to four times a week in the near future. He said there had been some bilateral complications between the two countries that made an increase in frequencies difficult but they had been overcome and SAX had received the go-ahead to up its frequencies.

Zimbabwe was an important and strategic market for SA, said Mike Mabuyakhulu, Durban MEC for Tourism at the inauguration of the route. “We have developed a comprehensive strategy that ensures that KZN has direct accessibility with strategic capitals in the region. Looking at the trade volumes between Zimbabwe and SA, we have seen a market increase from R2,2 billion to R2,6 billion.”

According to Mabuyakhulu, the Harare route will give KZN a competitive edge. He said other airlines flying into KZN, such as Emirates, would benefit from the route, as they would be able to offer more connections to their clients. He also warned however that KZN should not only be seen as a feeder airport but as a true aviation hub in Southern Africa. “The home of SA Express is nowhere else in the country but here,” he said.

Malusi Gigaba, Minister of Public Enterprises, said the South African government wholeheartedly supported the decision by SAX to deploy aviation assets between Durban and Harare. “SAX has long identified Durban as a platform to grow its footprint into SADC as part of its regional advancement plans. More than anything else, this route will consolidate and further advance the political and economic relations between the republics of South Africa and Zimbabwe.” He said the government would support any further expansion by SAX from Durban into the region in the interests of economic growth for the country and the region. “The future of SA is intrinsically linked with the SADC,” he said.

According to Gigaba, SA has proved itself as a great host for international events and conferences, with KZN establishing itself as a conference, business and leisure travel destination of choice. “SAX will complement the province’s desire to establish itself as an attractive destination for such events and activities through the introduction of its proposed eight regional routes from King Shaka International Airport.” 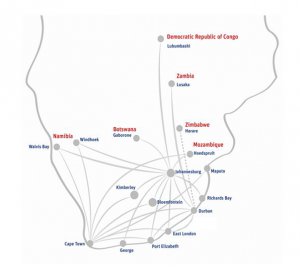 SAA’s new CEO, Monwabisi Kalawe, also congratulated the airline on the launch of the new route and said both SAA and SA Express would continue to strive to connect SA to the region and to the world.

In July last year, SA Express launched its first regional flight from Durban with the introduction of a direct connection to Lusaka. Ntshanga said, however, that the route was currently not receiving as much traffic as expected and was only operating on 50% occupancy, which has resulted in a break-even situation. He said SAX was working with the province to increase passenger flow on the route, adding that the next destination SAX was planning to launch from Durban was Maputo. 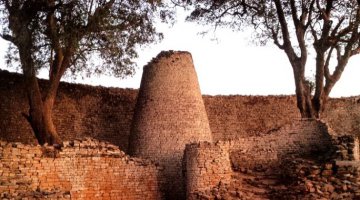 Great Zimbabwe: The Stone Silence of Our Ancestors