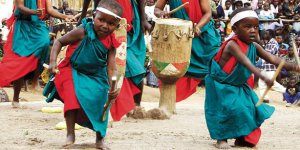 A newly established Lusaka-based entity specializing in marketing and media services, Bamboo B Communications (BBCom), intends to set up a K2 million tourism and cultural village in Livingstone.

The cultural village would promote culture and traditional aspects of all provinces of Zambia in one place.

The village, which would have more than 10 structures with different aspects of each province, would be established near Crocodile Farm ahead of next month’s 20th session of the United Nations World Tourism Organization (UNWTO) General Assembly.

BBCom director Jela Mtonga said the project would create more than 200 jobs and majority of people to be employed would be Livingstone residents.

Ms. Mtonga said in an interview in Livingstone at the weekend that the project would be dubbed ‘One Zambia One Village’ and the campaign would be called ’40 Make a Difference Days (MAD) challenge.’

She said the project was targeting to attract more than 1,000 UNWTO delegates and other tourists.

“We have come up with the way of exhibiting and marketing our country in one place in Livingstone.

“Our village concept is to bring all tribes, languages and provinces of Zambia in one place so that visitors can learn about the country in one place,” she said.

Ms. Mtonga, who is the project coordinator, said visitors and tourists would learn about the cultures and heritage of Zambia as well as on matters of wildlife conservation.

“About 10 per cent of the income from the project will go towards supporting girls to go to school as you know that most girls are usually married at young age and fail to complete their school,” she said. 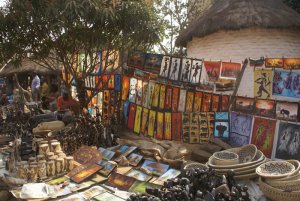 Zambia’s contemporary culture is a blend of values, norms, material and spiritual traditions of more than 70 ethnically diverse people. Most of the tribes of Zambia moved into the area in a series of migratory waves a few centuries ago. They grew in numbers and many travelled in search of establishing new kingdoms, farming land and pastures.

During the colonial period, the process of industrialisation and urbanisation saw ethnically different people brought together by economic interests. This, as well as the very definite influence of western standards, generated a new culture without conscious effort of politically determined guidelines.

Many of the rural inhabitants however, have retained their indigenous and traditional customs and values.