Rainbow Tourism Group (RTG) plans a US$650 000 facelift of its hotel in Bulawayo, as the hospitality concern moves to renew its tourism products.

Bulawayo, Zimbabwe’s second largest city is famed for its charisma as the City of Kings and, of course, the kings must live with their queens. The City of Kings – so-called as it was the capital of legendary Ndebele kings Mzilikazi and Lobengula – retains its air of majesty. With its generously wide streets, it typifies, in the most positive way, the oft-cited laid-back character of African cities. It’s relaxed, charming and inviting – the old and the new moulded effortlessly into one. 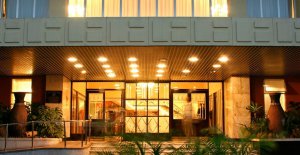 Steeped in a proud history and looking ahead to a bright future, Bulawayo, Zimbabwe’s second city and industrial capital, is known for its laid-back character and the easy-going, gregarious nature of its people.

To a dim wit, the wide tree-lined streets, a laid-back population, and an array of old Gothic buildings are what make Bulawayo tick but to the discerning tourist, the city of comfort. When in transit, Bulawayo has an array of hotels for everyone.

At the corner of Josiah Tongogara Street and 10th Avenue is a towering monster that has stood the test of time – the Bulawayo Rainbow Hotel.

Conveniently located in Bulawayo, Rainbow Bulawayo Hotel is a great base from which to explore this vibrant city. From here, guests can enjoy easy access to all that the lively city has to offer.

A haven of rest and relaxation, the hotel will offer total renewal just steps away from the city’s numerous attractions such as the eBulawayo Publicity Association and National Art Gallery.

Under a new management, the hotel has departed from what it has been known for a few years back – laxity of workers. Today the Rainbow Bulawayo Hotel is making every effort to make guests feel comfortable. These days the hotel provides the best in services and amenities. It offers numerous on-site facilities to satisfy even the most discerning guest. All guest accommodation features thoughtful amenities to ensure an unparalleled sense of comfort.

Besides, the hotel’s host of recreational offerings ensures you have plenty to do during your stay. When you are looking for comfortable and convenient accommodations in Bulawayo make Rainbow Bulawayo Hotel your home away from home.

The whole of this city is open to you from this ideal location. The friendly, knowledge- able and professional staff that are happy to advise you on the best sights and highlights of the second largest city in Zimbabwe.

Close to this hotel are the Matopos National Park and the Chipangali Wildlife Orphanage, for those who travel to Africa to sample the extraordinary natural resource.

The impressive Natural History Museum educates and enthrals visitors. Indeed, Bulawayo is the museum, theatre and art gallery centre of Zimbabwe and offers a myriad of sightseeing options.

RTG, the owners of the hotel, have taken advantage of the United Nations World Tourism Organisation General Assembly slated for August 24-29 and changed the carpets, cleaned almost every corner and rebranded its workers who are now amazingly spot on, in terms of almost everything. “The first floor carpet had been replaced with porcelain. The hotel has also received a new touch of colour to blend with the new carpets,” said the group.

The group said in a statement, the revamp of the 172-roomed hotel, which had been earmarked for last year, is on-going and that US$300 000 had been injected into the project.

The money is coming from internally-generated resources.

The hospitality group recently said it would not use short-term loans for expansion after its previous borrowings hit the company hard through finance charges.

The short-term debt was extinguished after the group secured a long-term loan of US$10 million and raised US$4,5 million from existing shareholders.

“The repainting exercise has since been conducted for the whole hotel for both the interior and exterior sides of the hotel. The hotel now has flat-screen television sets.”

It said the “rest of the refurbishment will see the hotel having a new set of air-conditioning systems being installed in 140 rooms to replace the old system which was not environmentally friendly.” “Further works will be conducted in the conference rooms. The conference rooms are expected to be refreshed with modern conferencing equipment installed for that smooth flowing conference,” RTG said.

There is no doubt that RTG is taking advantage of the massive boost in confidence on Zimbabwe as a destination in the aftermath of the UNWTO General Assembly in Victoria Falls to positively position itself as a premier provider of hospitality services in Zimbabwe. 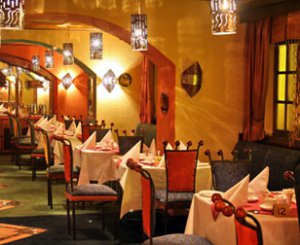