Dr. Vale was the Head of the Tsetse Programme in Zimbabwe.  He is now retired but has kindly made some factual notes for us regarding Sleeping Sickness which is coming back into the Zambezi Valley.

We are most grateful to him for taking the time to give us the information. 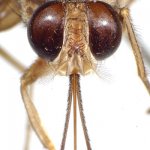 Tsetse have a distinct proboscis, a long thin structure attached to the bottom of the head and pointing forward

Sleeping Sickness is caused by microscopic blood-parasites, called trypanosomes that are transmitted by tsetse flies. The disease affects people of either sex, of all ages and races, and causes death in a few weeks if not treated with the appropriate drugs.

It is common for several cases of the disease to be diagnosed in Zimbabwe each year, usually among the wealthier citizens and tourists. The actual number of cases could well be greater since the poorer citizens that contract the disease may not have such ready access to experienced medical examination.

There is no prophylactic drug for Sleeping Sickness, so the only sure means of avoiding the disease is not to be bitten by the tsetse fly. However, there is no need to be paranoid about this, for two reasons. First, only about one in 5000 tsetse carries the particular type of trypanosome that can infect humans. Second, if the tsetse is infectious it must be at least two weeks old, i.e., old enough to have picked up the infection and matured enough to allow it to be passed on; such old flies are usually well nourished, in which state they avoid biting humans and feed almost exclusively on their normal wild hosts. 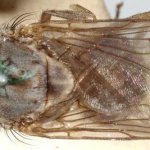 When at rest, tsetse fold their wings completely one on top of the other

Your clients may well be sceptical about the claim that tsetse avoid human hosts, given that so many of the flies can be seen around people. However, the majority of flies seen near people are males that are looking for a mate, not a feed, and the relatively few male and female flies that do feed on humans are usually only a few days old.

There are certain circumstances in which old, and hence potentially infective, tsetse flies can become sufficiently hungry to feed on humans. For example, the flies get extremely hungry if their wild hosts are greatly depleted, but if this is the case the population is unlikely to sustain itself for long so that the risk of disease will soon pass.

A more permanent risk originates from the fact that in warm weather tsetse’s seek shelter in houses or tents during the late morning and early afternoon. If the flies cannot get out in the evening they can become very hungry by the next day, and so will take whatever food is on offer – perhaps a human found inside. The moral: leave the windows ajar or the tent flaps up in the late afternoon, so that the flies can get out.

In Zimbabwe, there are regular local travellers who spend alot of time in the valley and the mana pools area who have come up with a mixture you can apply to your skin to prevent these flies from biting.  We are informed this is made up of dettol and citronella oil.

A bite of a tsetse fly, whether infected or not, can cause in some people the sort of immediate local reaction and irritation produced by the bites of mosquitoes and other types of fly. If there is such an immediate reaction it usually subsides in a few hours. The more important thing to watch for is the development, over one or two weeks of a swelling known as a chancre (pronounced “shanka”) at the site of the bite. This may well be a bite that the patient does not remember, given that tsetse often bite without causing any sensation.

The chancre starts as a hard or rubbery bump that can easily be mistaken for the early stages of a boil developing under the skin. However, the typical head of a boil never forms. Instead the swelling increases to about 5-8 cm in diameter, and pushes the skin up by about 1 cm. 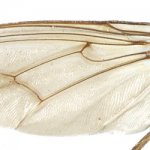 As the chancre swells its central area, a few centimetres in diameter, often turns plum-coloured in fair-skinned people. The central area eventually develops into an open sore.

The patient starts to feel ill about ten days after being bitten, at which time the chancre can usually be clearly seen to be developing, and the patient complains of symptoms that can initially be mistaken for the first stages of malaria of flu.

These symptoms get rapidly worse, sometimes with bleeding from the eyes and nose, yellowing of the skin and the whites of the eyes, and mental problems. If the patient is examined by an inexperienced doctor or nurse, the disease is often diagnosed as flu or malaria, and the chancre is attributed to a spider bite. The resulting few days of delay in getting a proper diagnosis and treatment is often fatal.

If you have been in a tsetse-infested area, keep watch for any developing chancre, and look for one very carefully if you start to feel ill. Sometimes the chancre can be difficult to recognise if it is not on a flat part of the skin, for example, if the tsetse bite was on the “webbed” section between the toes. If you do feel ill and do see something that looks like a chancre, get to the doctor as soon as possible, explain that you have recently been in a tsetse-infested area and point out the chancre. The doctor will then arrange for tests to see whether trypanosomes are in your blood and spinal fluid. 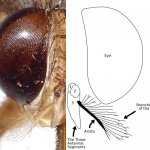 The antennae have arista with hairs which are themselves branched

Drugs for curing the disease are normally very difficult to obtain promptly. However, advise the doctor that a small stock of suitable drugs, i.e., Suramin and Melarsoprol, are kept by Ms Sally Mucklow of Dandaro Clinic Pharmacy, Borrowdale Road, Harare (phone: Harare (04) 851192); the drugs are available at any time of day, 365 days a year, and will be supplied to a doctor free of charge, together with a booklet detailing treatment.

The drugs and booklet are supplied to Ms Mucklow by kind favour of the World Health Organisation.

Many techniques have reduced tsetse populations, with earlier, crude methods recently replaced by methods that are cheaper, more directed, and ecologically better.

One early technique involved slaughtering all the wild animals tsetse fed on.

Another early technique involved complete removal of brush and woody vegetation from an area. Tsetse flies tend to rest on the trunks of trees so removing woody vegetation made the area inhospitable to the flies. However, the technique was not widely used and has been abandoned. Preventing regrowth of woody vegetation requires continuous clearing efforts, which is only practical where large human populations are present. The clearing of woody vegetation has come to be seen as an environmental problem more than a benefit.

Pesticides have been used to control tsetse starting initially during the early part of the twentieth century in localized efforts using the inorganic metal based pesticides, expanding after the Second World War into massive aerial and ground based campaigns with organochlorine pesticides such as DDT applied as aerosol sprays at Ultra-Low Volume rates. Later, more targeted techniques used pour-on formulations in which advanced organic pesticides were applied directly to the backs of cattle. 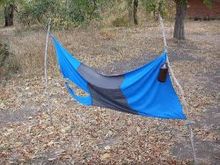 Tsetse populations can be monitored and effectively controlled using simple, inexpensive traps. These often use electric blue cloth, since this colour attracts the flies. Early traps mimicked the form of cattle but this seems unnecessary and recent traps are simple sheets or have a biconical form. The traps can kill by channelling the flies into a collection chamber or by exposing the flies to insecticide sprayed on the cloth. Tsetse flies are also attracted to large dark colours like the hides of cow and buffaloes. Some scientists put forward the idea that zebra have evolved stripes, not as a camouflage in long grass, but because the black and white bands tend to confuse tsetse and prevent attack.

The sterile insect technique has been used to reduce tsetse populations. This technique involves the rearing of large numbers of tsetse, separation of the males, irradiation of these flies with large doses of gamma rays to make them sterile and then release into to the wild. Since females only mate a few times in their life, generally only once, any mating with a sterile male prevents that female from giving birth to any offspring.

Next post Bulawayo Rainbow Hotel refurbishment ahead of UNWTO 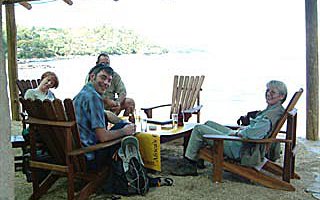