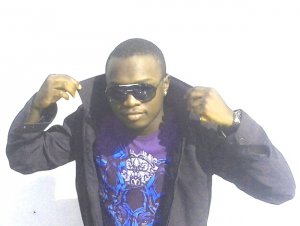 M Young is a Hip Hop artist/producer from Namibia, and he started his music career in 2005 when he recorded his first single titled ‘Number one question’ produced by Big Ben.

The single was a success as it got nominated at the biggest music awards in the country for best Hip Hop category, which are Sanlam/NBC music awards the first year of its release.

In 2007 he decided to take a break and study music and sound at the College of Arts in Windhoek and after 3 years he graduated with a Diploma in music and sound production, after graduation in 2010 he recorded another single with Big Ben and Fishtone of the Ndilimani Cultural Troupe but the single was not successful as his debut single.

In 2011 he approached another well-known producer in the Hip Hop industry by the name of Lucci from 061music, where they collaborated on a song titled ‘Where ma gals at’ which was released as a single prior to the debut album. The single was well received on radio stations and it was something new.

To listen to M Youngs song ‘No one’ featuring OC click here.

In 2012 M Young produced a song dedicated to Magdalena Stoffels  a school girl who was raped and killed while on her way to school in Windhoek. The song came at the right time to give comfort to women in Namibia, because of high cases of women abuse and passion killings committed by men in the country; the song titled ‘Don’t give up’, and it received a lot of air plays on local radios.

In 2013 he decided it was time to get his music outside Namibia and also launch his most anticipated album where he travelled to Lusaka to do song with OC of Obama Records. The song came out well and they are expected to start working on the video very soon, and after almost 8 years in the industry he released his debut Album on the 30th of May 2013 in Katima Mulilo.

Included in his latest releases are a music video for ‘One in a million’ on the 14th of May 2013 and the video is already playing on NBC and One Africa TV. The video was directed by Benjex and was shot in Windhoek, Namibia. To watch the music video search for M Young – One in a million on YouTube or just click here.

The album is titled ‘M’khachau.com’ which is a street name for Caprivian People in Namibia. The Album consists of 7 tracks and on the album he worked with local artists like RUK and LUCCI from Windhoek, Jocy K from Katima, and DJ Kehem from Rundu. He also worked with international artists like OC from Zambia on the track titled ‘No one’ and Luckyflow from Nigeria on the track titled ‘M’khachau.com’ which is a house/Afro track.

M Young is slowly but surely becoming a star and is asking for all the support he can get. His album is fantastic and he has come a long way and looking to make it big in the music industry and is a role model in the region.