Hilton Hotel Harare due to begin construction in October 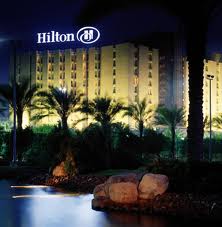 A dash of good news from Harare, Zimbabwe’s capital city: construction work on a Hilton Hotel is due to begin in October.

Hilton made its announcement on the same day that figures from the State tourism body showed the industry is still struggling to get people into available beds.

There is hope for hoteliers as the number of tourists coming to the country has gone up overall by 17%.

The $160 million, 12 storey, 275-bed hotel and office complex will go up in the neighborhood of Eastlea along Samora Machel Avenue on the golf course surrounding East 24 restaurant, and construction should be complete by 2016, according to the State-owned Herald newspaper.

The hotel site is also in the area earmarked for the expansion of the central business district.

Harare Town Clerk Tendai Mahachi told the paper: “As a city we are very excited that such a brand is coming to Zimbabwe. We will do all we can to ensure that the project is a success.”

He added: “The hotel comes with a conference centre with capacity to carry up to 600 delegates, a basement car park with capacity to hold 1 000 vehicles, retail shops, three office blocks, eateries and residential apartments. The idea is to make it a destination to be.”
After a decade of economic turmoil, Zimbabwe’s tourism industry has been gradually picking up in recent years.

Zimbabwe Tourism Authority (ZTA) said tourism receipts increased from $634 million in 2010 to $664 million in 2011. But challenges remain, including infrastructure and access to working capital, and the quest to get people into hotels rooms remains a problem. 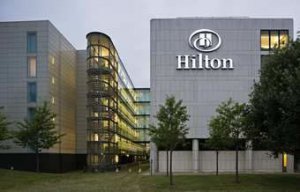 Hotel accommodation does not come cheap, with some hotels in Victoria Falls charging as much as $200 a night, putting them out of reach for many local holidaymakers.

The report reveals that while there were increases in occupancy in areas with tourist attractions such as Victoria Falls, Hwange and Nyanga, in Bulawayo and Harare (where the Hilton is headed).

The country’s tourist market consists largely of arrivals from Africa, followed by Europe. There has also been an increase in visitors from China.

Hilton Worldwide is committed to expanding in Africa and we have a long-term goal of establishing a presence in key cities across the continent.

We identified Zimbabwe, and its capital Harare, as a valuable addition to our portfolio and we are currently in discussions with partner companies to develop a hotel in the city.
We will make further announcements on the project in due course.

Zimbabwe economic analyst John Robertson said: “Although current occupation figures are disappointing, Zimbabwe will not have to change many policies to restore its attractiveness to tourists. But it will have to successfully deal with the challenges of providing more frequent domestic air links between the cities and the main tourist resorts.”

The American investors were meeting their Zimbabwean counterparts in Johannesburg every Tuesday to discuss progress on the ground. The investment confirms the status of Zimbabwe and Harare in particular as a lucrative business center for the American hotel group. 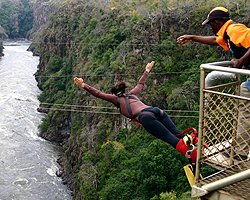