Alan Bonella (Sausage Tree Camp Manager & Safari Guide) came across this amazing sighting earlier this week.  Unfortunately the picture was taken “after” the event, but this massive African Rock Python had just swallowed an impala which it had caught.  Not a bad sighting…

Like all pythons, the African rock python is non-venomous and kills its prey by constriction. After gripping the prey, the snake coils around it, tightening its coils every time the victim breathes out. Death is thought to be caused by cardiac arrest rather than by asphyxiation or crushing.

The African rock python feeds on a variety of large rodents, monkeys, antelopes (like the impala in this instance), fruit bats, monitor lizards and even crocodiles in forest areas, and on rats, poultry, dogs and goats in suburban areas. Very rarely do cases occur where the python hunts humans.

African rock pythons are oviparous, laying between 20 and 100 hard-shelled, elongated eggs in an old animal burrow, termite mound or cave. The female shows a surprising level of maternal care, coiling around the eggs, protecting them from predators and possibly helping to incubate them, until they hatch around 90 days later. Individuals may live for over 12 years. 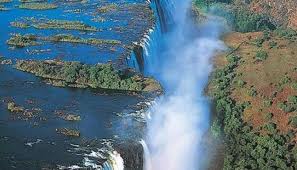