BBC series Rise of the Continents: The Victoria Falls 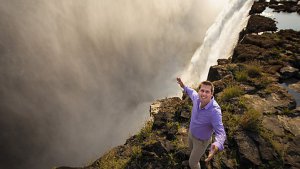 Victoria Falls is a 100m-high waterfall in Southern Africa, on the border of Zambia and Zimbabwe. For the BBC series Rise of the Continents, geologist and presenter Iain Stewart opted for the ultimate way to experience the cascade.

He jumped into a rock pool at the edge of the falls, which are said to be the largest in the world, and catches a vertigo-inducing view.

In the programme, which airs on BBC 2 on Sunday, Prof Stewart examines the evidence for a long-lost landmass called Pangaea – from which all modern continents originate.

Previous post Rhino Knights to be in Victoria Falls in July 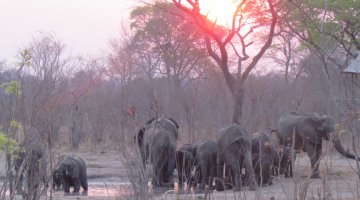