Air Zimbabwe’s new Airbus A320 aircraft, which made its maiden flight to Johannesburg on Monday has been temporarily grounded in South Africa after a bird struck and cracked its windscreen, dimming the hope that business of Zimbabwe’s state-owned airline may soon rebound after being crippled by overwhelming debts earlier last year.

It remained unclear when the aircraft would return to the skies but an upbeat official had earlier said the return flight from Johannesburg had been overbooked forcing them to lease another aircraft to cater for the extra business.

“The airbus was fully booked but more passengers kept coming and we had to bring in the Embraer to cater for the overflow. This shows that Air Zimbabwe is back on track and there is no going back,” said the airline’s spokesperson, Shingai Taruvinga.

Air Zimbabwe spokesperson Ms Shingai Taruvinga could not give details on the incident saying the airline’s chairman Mr Ozias Bvute would issue a statement.

“Johannesburg is a very important market, it is the hub of southern Africa and we want to get the best from it. We are also working on the hub concept for Harare and we hope it can be the second hub in the  region,” Taruvinga said.

Air Zimbabwe introduced the 150-seat mid-range plane on the Johannesburg route only two days ago to replace the long-range and costly Boeing 767 that was flying to South Africa daily.

The airline currently operates only three daily flights, including two domestic and one international.

Earlier media reports quoted Air Zimbabwe officials saying the introduction of the new planes are expected to “improve the airline’s brand perception as it moves towards efforts to reclaim its market share.”

The airline is working towards readmission to the International Air Transport Association (IATA) after being suspended last year having failed to renew its registration with the organisation’s operational safety audit.

Bird strikes happen most often during takeoff or landing, or during low altitude flight.However, bird strikes have also been reported at high altitudes, some as high as 6,000 m (20,000 ft) to 9,000 m (30,000 ft) above the ground. Most accidents occur when the bird hits the windscreen or flies into the engines. These cause annual damages that have been estimated at $400 million within the United States of America alone and up to $1.2 billion to commercial aircraft worldwide. 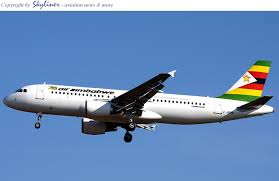 This is a very unfortunate incident to happen to Air Zimbabwe as they have recently acquired this aircraft and to occur just after their maiden flight to Johannesburg this week.

A comment from a local Zimbabwean backs up Air Zimbabwe in his brief statement “Do not lose hope Air Zimbabwe, these are the trying times.”

Next post Balloon Safari over the dunes of Namibia

Previous post World Lion Day: highlighting the importance of lions to the environment 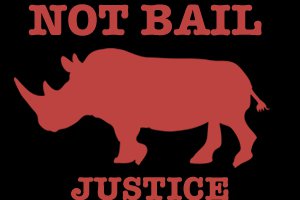