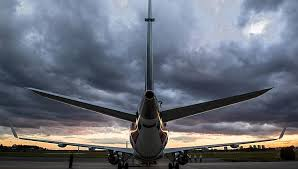 Air Zimbabwe has leased a 50-seater Embraer ERJ 145 jet that is now servicing its domestic routes as it seeks to offer cost-effective services to its passengers. The Herald Business understands that the jet, which is one of the two that will be used on the domestic routes, started operating three days ago. Apart from servicing the domestic routes the jet will also be used as a charter plane for groups intending to travel within the country.

“At the moment the jet is operating a daily flight from Harare-Bulawayo- Victoria Falls and back to Harare. However, there are plans for it to service the route twice daily. The airline is planning to introduce the second Embraer jet very soon.

The Embraer ERJ 145 family is a series of regional jetsproduced by Embraer, a Brazilian aerospace company, where it was introduced in December 1996. This regional jet is used largely by ExpressJet, American Eagle and other large operators around the world. Closer to home, Air Botswana also uses the Embraer ERJ 145 and believe it is one of their most practical planes.

“The airline opted to use the jet on domestic routes because of the low cost involved in flying the plane as well as the seating capacity which is more suited for the numbers on the route. This enables the airline to offer competitive fares that will enable different people to travel and for different groups to charter the plane from your business executives to schoolchildren going on trips,” said a source.

All of the Embraer ERJ 145 family’s phyiscal engines are the same (Rolls-Royce Allison AE3007), however, the FADEC (Full Authority Digital Engine/Electronic Control) logic is what differs between the various models in regards to total thrust capability.

The source said that the leasing of the jets was expected to enable the airline to offer flights that meet the expectations of its customers in terms of time.

In addition, the airline was also preparing for the re-introduction of the milk run, which was a topical issue at the just ended Indaba in Durban.

The milk run is an air service that includes Harare, Bulawayo, Hwange, Victoria Falls and Kariba that the airline used to operate several years ago.

“The milk run is something that the airline is looking to introduce very soon, Kariba Airport which had been of concern in the past is now being worked on and should come on line soon,” the official said.

Air Zimbabwe is planning to have a comprehensive air service on the domestic route ahead of the start of the United Nations World Tourism Organisation’s General Assembly to be co-hosted by Zimbabwe and Zambia in Victoria Falls in August.

Next post Botswana: Ecotourism guideline to be implemented this year 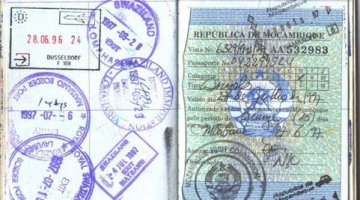