Namibia: National Carrier Has a Big Role to Play 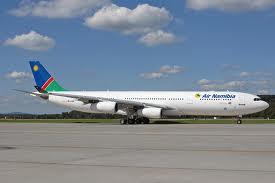 Air Namibia may be a small airline with limited financial resources but it believes its contributions to the global air industry are a major one in terms of traffic feeds.

“These commercial interline agreements help both airlines, as they enable both airlines to offer passengers travel solutions which if we did not have these agreements, neither airline could have been able to ‘catch’ those passengers, so they help increase access to markets we ordinarily would not have been able to participate in,” said the General Manager: Commercial Services, Air Namibia, Xavier Masule.

Masule was responding to written questions from New Era.

A local weekly recently reported “that during a recent trip to Dubai, Minister of Trade and Industry Calle Schlettwein, who led a Namibian delegation to the 3rd Annual Investment Meeting, told UAE Minister of Economy Sultan bin Al Mansouri that Air Namibia is in talks with Emirates Airlines about the possibility of flying to Namibia, or operating on some of its routes.”

But Air Namibia does not have any information about Emirates commencing flights into Namibia, explained Masule.

“It is difficult for us to comment clearly on this because we do not have the exact words expressed by the Honorable Minister to the delegates, in terms of whether he meant Emirates physically flying into Namibia or via commercial arrangements used in the industry such as code share or interline agreements. All we can say, which is per our knowledge, is that Air Namibia and Emirates Airlines have cooperation agreements in place, and we are already working with them using these agreements for traffic feeds into each other’s flights at airports such as Johannesburg, Harare, Lusaka and Accra,” said Masule.

“Our computerized passenger management solutions are already linked and we have interfaces in place for e-ticketing processing, and airport departure computerized systems talk to each other already,” said Masule.

Elaborating further on some of the cooperation agreements with other airlines, he said Air Namibia has partnered with Kenya Airways, in Europe with Air France, British Airways and Alitalia, in the Far East with Singapore Airlines, and in the west with US Airways and Delta Airlines.

Next post Angolans no longer require visas to enter Botswana 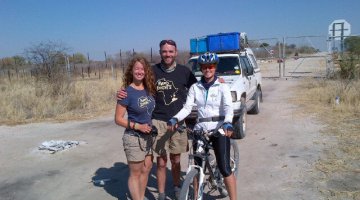