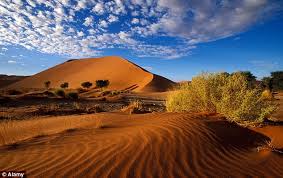 Speaking at a meeting with regional governors on the implementation of the Cabinet decision on the Comprehensive Drought Relief Programme for the 2013/14 financial year here Wednesday, he, however, did not say when the Head of State would declare a state of emergency.

Geingob could also not reveal the total amount of money the government would spend on the drought relief programme.

President Pohamba last declared a state of emergency in 2011, following floods which severely affected the northern and northeastern parts of the country where many people in the Oshana, Omusati, Ohangwena and Caprivi regions were displaced.

Geingob explained that the Comprehensive Drought Relief Programme was aimed at ensuring the government tackled the prevailing food insecurity situation, water scarcity, poor grazing and other drought-related conditions being experienced by affected communities in all 13 regions of the country.

This programme will consist of both short-term and medium to long-term strategies.

“Drought is one of the weather phenomena that pose a huge threat to Namibia’s food security and socio-economic development. This is a time when the most vulnerable members of the population are under threat from starvation,” the prime minister noted.

He called on the governors to understand the purpose of the drought relief and the context under which such relief was being provided, while calling for openness and transparency during the process.

Geingob warned that the drought relief was not for the purpose of stocking-up by individual businesses for resale to the poor.

Next post How Do You Survive Coming Face-to-Face with a Growling Lion? 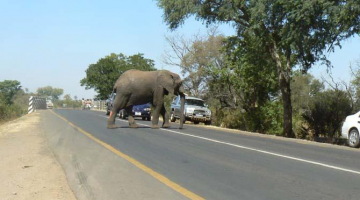 Elephants on the move back to the Zambezi