On side-lines of the on-going Tourism Indaba 2013 in Durban, local tourism actors have said the year has kicked off brightly with increases in occupancies and business activity.

Major research institutions have reported that while short-term global economy remains uncertain, consumers in prime tourism source markets both in the West and the East are more confident than before after the recession.

“Tourism in 2012 was very bad for everyone and in fact, it was the year that the recession hit home the hardest, “said Eddy Everaerdt, operations manager at Kalahari Skies. “This year, we are finally seeing something better and our business is about 60 to 70 % better than last year. We actually have to expand and buy new vehicles because we cannot handle the volumes coming in with what we have.” Kalahari Skies organises mobile tented safaris and lodge-to-lodge safaris in areas such as the Okavango Delta, Moremi Game Reserve, Chobe National Park and others.

Duncan Enga, director of Xomae Adventures said occupancies had risen significantly from the rock-bottom levels seen in the wake of the global depression. Xomae Adventures is a campsite operator and manager with five permanent and semi-permanent sites in North West Botswana. “At one time, our occupancies were down to between 25 and 30 % which was also because of increase in park fees,” he said.

“The difficulty with the increase in park fees was that when introduced immediately, some operators had bookings in the future and had already committed themselves to a certain price. They then had to absorb the extra cost. However, this year, there’s a significant increase and as we speak, we are at about 60 to 70 % in occupancies.”Cresta Marakanelo head of sales and marketing, Patrick Chivese said the hotel group is witnessing strong demand across its assets located in tourism areas. “We have seen phenomenal growth in terms of tourists coming into our properties especially at Mowana (Safari Lodge and Spa),” he said.

“Mowana is doing very well after the refurbishment and reopening of the Spa and we are seeing tremendous growth. The management there is very reputable and uphold an international standard which has helped us diversify the Mowana market. We are seeing tourists coming in and buying packages for the Spa. “The new Cresta Mahalapye, opened last February, has also been experiencing occupancies hovering around 100 %, Chivese said.

He said the new hotel is enjoying business from visitors associated with the Mmamabula Energy Project, Botswana Railways and self-drive. However, Chivese said prospects for the group’s other hotels in urban areas are uncertain as they are dependent on government spending, which is expected to continue to be restrained in projections for lower revenues.

“On the local market, I would say prospects are about 50/50 and all depends on government activities. If government scales down, which is what it is doing, that will have a negative impact on our occupancies. This challenge is not unique to us, but the whole industry is reliant on government,” he said. This year’s Tourism Indaba, scheduled to end today has attracted more than 1,165 main and sharing exhibitors and 2,000 international and local buyers. As in previous years, Botswana Tourism Organisation hosted more than 40 local tourism operators although final numbers were yet to be provided as at Saturday. Last year, the BTO hosted 44 tourism operators while another 60 exhibited on their own. 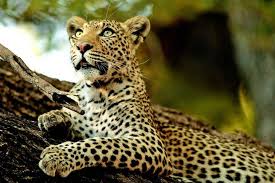 Tourism is one of the biggest contributors to the Botswana economy, particularly in foreign reserves and employment creation, with the World Tourism and Travel Council projecting output of P5.2 billion this year. However, the contribution has been stifled in recent years by the global recession, which dried up international arrivals and reduced government spending, the largest domestic ‘customer’. In addition, some sections of the industry experienced a ‘double impact’ in 2011 when government increased fees for entry into national parks by as much as 300 % for activities like self-drives, camping and mokoro trips.