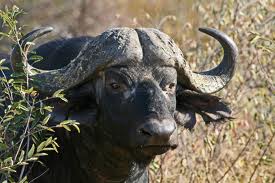 Hwange National Park is Zimbabwe’s largest game reserve, but due to economic hardships in the country, the number of animals being snared for food by local people living on the boundary of the Park has increased dramatically. Large animals such as elephant, buffalo and zebra are strong and usually break the wire snares from their fixings, resulting in the animals suffering from terrible wounds.

A recent incident has occurred between a poacher and a buffalo in the St Mary’s area of Sinamatella, Zimbabwe. Victoria Falls 24 has turned to Stephen Long for a comment on what actually happened and the outcome, his statement follows below:

“On the 6th of May, 27 year-old cousins Lovemore and Lawrence from the St Mary’s area were in the Tshakabika area of Sinamatella, setting snares. As they were moving between their ‘base’ and their snare line, they disturbed a sleeping Buffalo which woke up and charged them. It chased Lawrence and, as he tried to climb a tree, it hit him, crushing his lower left leg against the tree trunk.

When the buffalo had gone, Lovemore tried to carry his cousin to where he could get medical attention but that proved to be impossible so they roughly bandaged the leg with Lawrence’s shirt and splinted it with branches then Lovemore went to get help. He walked around 12km to “New Camp” in the Deka Safari Area but could get no help there so he went on to Mbala Gate where Parks Rangers are based to control Park entry.

He arrived around 4.00pm, at least three hours after the incident had occurred and the rangers immediately radioed to Sinamatella for help.

As soon as possible a vehicle belonging to Bhejane Trust set off for Mbala with first aid equipment and more rangers, picking up Lovemore as a guide then heading to Tshakabika. The road to the spring is bad in daylight and even worse at night so we did not reach the spring until after 7.00pm and from there it was only possible to move about a kilometre further into the bush before we had to leave the car and walk.

In spite of the darkness, Lovemore led us more or less straight to his cousin who we found conscious but in great pain next to a tiny fire. He was unable to move and would have been in some danger from Hyenas if Lovemore had not made such great effort on his behalf. We loaded him onto the stretcher and carried him back to the car then drove slowly to Sinamatella, arriving after 11.00pm.

Lawrence had lost a lot of blood on the journey but was still conscious and was quickly taken to Hwange Colliery Hospital where the damage to his leg was found to be so severe that it was amputated below the knee. Lovemore was lodged with ZRP Hwange.

On the 8th May we collected him and took him to pick up his snares and his belongings from his ‘base’ near Tshakabika. The snares were set along paths around 1.5km from the spring and had fortunately not caught anything. They were made of a mixture of several types of wire, some of it simple fence wire but some the much more dangerous braided cable that easily catches buffalo and even elephant and was responsible for the loss of a Black Rhino back in 2009. Rangers on patrol in the area had earlier found another line of similar snares but the poacher denied all knowledge of them.

From the snare line, he led us further away to his ‘base’. He and his cousin had slept in a small sandy river bed where they had left their belongings. Their equipment was extremely basic – a jam tin for use as a cooking pot, some very poor quality mealie meal, a small bag of dried ‘delele’, a five litre plastic container for water and two items of clothing. The water in the container was incredibly dirty, more mud than water, and surely barely drinkable. The clothing consisted of an old grey school jersey that was so worn out it was difficult to believe it could be of any use and a small, thin piece of fabric, presumably as a ‘blanket’. That was all. These were obviously very poor people and even the rangers, who are used to a tough life in the bush, were amazed at the hardiness of these two poachers.

Leaving the ‘base’ we returned to the car, about 3 km according to the GPS. The poacher led us across country and the GPS showed that he knew the area well enough to be able to walk in an absolutely straight line, without a path, back towards the car. He didn’t hesitate on his path, even when we came to the thicker bush along a river where his cousin had been injured, which at that point an armed ranger took the lead – in case the buffalo was still around.

On our way back to Hwange we stopped at Mbala Gate where the rangers on duty gave Lovemore a good meal. Although, as a poacher, he is obviously our ‘enemy’, we all felt he was poaching by force of circumstance rather than greed and we were very impressed with the way he had put his freedom on the line to save his cousin, with his obvious skill and knowledge of the bush and with his bravery in the face of such diverse adversaries as a buffalo, the ZRP (Zimbabwe Republic Police) and impending imprisonment. In a strange sort of way we all wished him and his cousin well – though not in the Park in future.”

Poaching has the potential to cause endangered species to go extinct, as it severely lowers the number of animals found in the wild if not stopped.

Poachers kill wildlife anytime, anywhere and sometimes do so in particularly cruel ways and the anti-poaching agencies need all the help they can get in order to stop this horrific act.

Previous post Proflight Zambia welcomes the Boeing 737 to their fleet 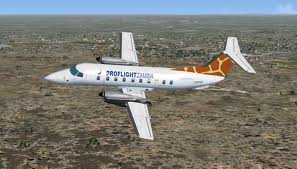