Relaxing out of the sizzling mid-morning sun, the subject of his attention, and ours on the safari vehicle was apparently not quite what it seemed. 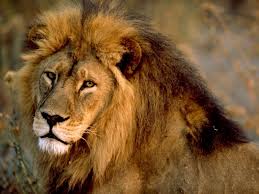 King of the beasts

Game guide Kgomotso took several minutes of up-close and almost personal observation to confirm – in his mind at least – that this was a lioness with a mane any lion would be proud to display.

The animal rose from its rest and, while walking towards others in the pride, provided evidence – as all eyes on the vehicle scoured its nether regions – that it was no “leeu loop” specimen. It did not boast standard male equipment.

Kgomotso had seen this particular lion before and had heard reports about another of its kind.

In more than 30 years of visiting wildlife areas in most parts of southern Africa, I had never seen such a sight. Checking with “those in the know” at the camp revealed there had been reports of other sightings of this odd lion, but no one knew of any research on the abnormality.

Thinking about it later I played with a bizarre theory that it was possibly an example of bushveld political correctness. Why, after all, should only male lions have manes?

My wife and I were on holiday at Chiefs Camp in Botswana’s Okavango Delta. We had driven close to 2 000km from Durban but left our car at Maun to fly into the delta and were mesmerised by the sights, sounds and smells in what is a wildlife wonderland.

Chiefs Camp, owned by Sanctuary Retreats, is in the game-rich Moremi Reserve on Chiefs Island, one of the many created by seasonal flood waters which pour in almost every year from Angola down the Okavango River. The island was named after Chief Moremi, a hereditary king who used the land as his hunting ground.

Twelve tented guest cottages with thatch roofs and wooden floors blend well with the jackalberry and sausage tree woodlands. Each luxury unit has its own private deck, and indoor and outdoor showers.

Sitting on the deck, guests gaze out onto raw bushveld – there are no boundaries and no fences, with animals often coming onto the camp site, particularly at night.

The well-appointed dining, lounge and bar area overlooks the plains and nearby water course. There is also a boma and a swimming pool area ideal for stretching out during idle early afternoons when the heat in summer and even autumn is sometimes stifling.

Wildebeest at the water hole in Okavango Delta

On our arrival, a herd of around 20 elephant was wallowing and drinking at a water hole an olive pip’s throw from the communal deck while warthogs and baboons were here and there like dogs at a fair. Wildebeest (or gnus as they seem to be more commonly referred to in the delta) later turned the scene into bit of a mad hatters’ party, displaying some crazy antics as only they can.

The camp is efficiently managed by KwaZulu-Natal born Evelyn Feiersinger, whose Swiss husband of 20 years, Harry, is the executive chef at the resort. (Evelyn mentioned that guests from Southern African Development Community countries get special rates on everything, even your favourite tipple.)

White and black rhinos were recently re-introduced to the Okavango and are being closely monitored by the Parks Department which reports the animals are doing well in their new home with no threat from poachers… yet.

Kgomotso was a rich source of information on everything in the Okavango – he also had a quirky sense of humour and was able to recount bush legends when game got scarce.

I rated his fish eagle call 10 out of 10, closely followed by his imitation of lion and hyena sounds which had the ability to put the wind up some of the guests at night.

Also on offer at an extra fee are helicopter flights which provide a different perspective on the immense area.

Next post Indaba 2013 'The Engine Room' of the industry 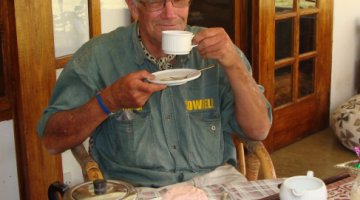