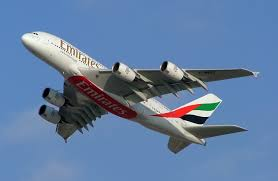 Emirates plans to make Harare its hub as one of the world’s leading airlines expands its footprint in southern Africa.

Jean-Luc Grillet, senior vice president commercial operations Africa said after the success of its flights into Zimbabwe, Emirates would want to consolidate that, riding on the market that is already in place.

The airline flies daily from Dubai to Harare via Lusaka.

“Harare could be an interesting hub in future. From Harare you are close to destinations such as Mozambique. You are not far from Botswana, Namibia. There is real geographic potential of improving the development of the route. The market is growing fast,” Grillet said.

Emirates have been flying into the country since February last year with a frequency of five flights per week. It increased the frequencies to daily flights six months later.

Grillet said the airline wants to split the routes resulting in direct flights into Harare and Lusaka adding that it won’t happen “in the coming 18 months to two years”.

“[But] this is one thing we have on our scope. This is the logic for us to have nonstop flights from many points that we fly and it will be an improvement for the Zimbabwean market,” Grillet said.

The Emirates also took a dig at the high aviation charges and taxes he said were inhibiting to the growth of the airline industry, which has positive spin-offs for the economy.

“Many countries are looking at the aviation industry as a cost and they don’t look at the perspective of the wealth it can bring in the county. It creates jobs. All the passengers arriving pay airport taxes and this generates revenue,” he said.

He said most governments were looking at aviation industry as a cost without appreciating the wealth it can bring into the county.

Grillet said governments try to make immediate profit from airlines by increasing the taxes instead of developing the number to bring more passengers.

“It’s a limited view that very often authorities everywhere in the world when they look at the airline industry they look at the possibility of taxes they could grab from airports. I think it should be seen with a much wider open mind and see how much worth this industry could bring,” Grillet said.

He said Dubai had zero tourism but through friendly aviation policies, the industry is reaping huge rewards at a time average global hotel occupancies were around 60% last year.

In Dubai last year hotel occupancies were above 80%.

“This is how you realise that the wealth the airline industry brings to the country is not limited to passenger taxes,” he said.

On protectionism, Grillet said governments should open up to improve service delivery.

Government has been accused of protecting Air Zimbabwe by shutting out new players, which has killed the airline.

Grillet said when the Dubai ruler made the emir a tourism destination, friendly policies such as opening up of the skies were espoused.

This, he said, has helped in the growth of the tourism industry. To date 132 airlines fly into Dubai creating stiff competition for Emirates which Grillet said has helped the airline improve its service delivery. 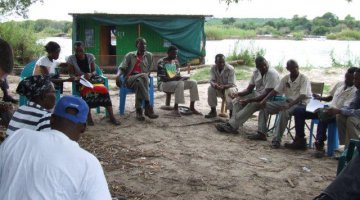