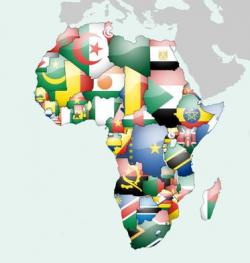 Africa as a continent

It has been confirmed by the UNWTO that Zimbabwe and Zambia will co-host the 20th session of the General Assembly of the UN World Tourism Organization (UNWTO) from August 24-29 this year in their tourist resort towns of Victoria Falls and Livingstone. The two countries won the bid to host the General Assembly at a World Travel Organization (WTO) meeting held in South Korea. This will only be the second time that Africa will have hosted the WTO General Assembly, after Senegal in 2005. It will, however, be the first time of hosting for the SADC and COMESA regions, to which both neighbouring countries belong.

Mr Mwencha, the AU Commission’s Deputy Chairperson, and Mr Erastus Mwencha at the African Union headquarters, said as he met Zambia’s Deputy Minister of Tourism and Arts, Mr David Phiri, on April 29 that the UNWTO summit is being held in the name of Africa and that this is a great tribute to the African continent.

“When South Africa hosted the football World Cup in 2010, it was in the name of Africa, and everyone was proud of that. We will also be proud when Zimbabwe and Zambia successfully host the World Tourism Summit later this year,” said Mr Mwencha. He encouraged the two countries to find commonality with the African Union in branding the summit as a truly African event.

Both Zimbabwe and Zambia see tourism as a key sector that will help to create jobs and grow their economies. As such, the summit is an important event for the two countries as well as for the African continent.

It was this message that got Alain St.Ange, the Seychelles Minister responsible for Tourism and Culture, to speak out in support of the rallying call for Africa to use this UNWTO Summit to mark the continent’s commitment to tourism.

“I have personally been discussing with my colleagues from South Africa for example, as I have done with other ministers for us to work with Mr Taleb Rifai of the UNWTO and with Geoffrey Lipman of the ICTP [International Coalition of Tourism Partners] to increase focus on tourism of Africa. The time has arrived for Africa to work at its highest level under the African Union to help reposition the tourism industry of Africa. This concept is one deemed acceptable to both the UNWTO and the ICTP, and it may be the ideal avenue to follow if Africa wants to work with Africa to increase the percentage of tourists to Africa,” the Seychelles Minister said to questions about the coming UNWTO Summit.

The Seychelles Minister said in Korea when he proposed that the UNWTO General Assembly moves to Africa, that Africa must know Africa and must work with Africa if Africa is to succeed as a continent. Seychelles is one country that has presented its candidacy for the coming election for the Executive Committee of the UNWTO.

Next post Zimbabwe: There's More to Hwange Than Coal 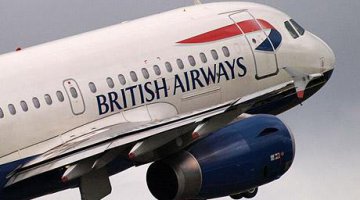