Experts warn of the demise of Africa’s cheetah 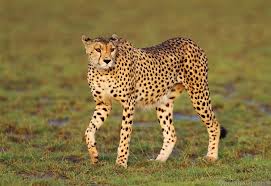 Cheetah taking a stroll on the plain

But it has taken just the last few decades for man to place the hunter on the endangered species list, with experts warning it could disappear from the wild by 2030.

Unlike rhinos and elephants, the cheetah is not a target in Africa’s poaching bloodbath. But it is the only big cat to adapt poorly in wildlife reserves as its natural habitat is increasingly wiped out.

“Cheetahs don’t do well in protected wildlife reserves due to increased competition from other larger predators, such as lions and hyenas, which thrive in protected areas,” Laurie Marker of the Cheetah Conservation Fund in Namibia told AFP.

“Most protected areas are unable to maintain viable cheetah populations,” she added.

In the early 20th century, the global cheetah population was around 100,000 with populations throughout Africa, the Middle East and several Asian countries.

There are barely 10,000 in the wild today, in Africa, and a small population in Iran which is critically endangered.

According to big cat NGO Panthera, cheetahs have disappeared from 77% of their original territory in Africa.

The International Union of the Conservation of Nature lists the southern African species as vulnerable. “The main limitation to the survival of the species in the wild is reduction and fragmentation of habitat as well as human wildlife conflict,” said Marker.

If no special measures are taken, wild cheetah will disappear by 2030, according to Panthera.

The greyhound-like cat, with its distinctive tear-stain-like facial markings and spotted golden coat, is a consistent loser in confrontations with lions or leopards which are heavier and more powerful.

Even in a good scenario, its prey will be stolen before it has a chance to feed. In the worst cases, the cheetah will be killed.

The sprinter, which reaches speeds of up to 120 kilometres per hour (74 miles per hour),
needs vast open spaces with a low density of fellow carnivores to thrive.

In Africa, it is estimated that 90% of cheetahs live alongside humans where they are often in conflict with livestock farms.

Another handicap it faces is natural inbreeding dating back to the last ice age when the global population plunged. As a result, according to the Cheetah Conservation Fund, every cheetah today is as closely related as if they were twins, leading to a genetic bottleneck.

This puts the cheetah in an unenviable position. To enable the mixing of genes, they need a greater range than other animals to be able to freely migrate. But as humans increasingly encroach on its environment, this has become even more difficult.

So in the short-term, the easily tamed animal is being raised in captivity.

“They simply don’t learn the survival skills necessary to sustain themselves in the wild.” said the Cheetah Conservation Fund’s Marker.

“A cheetah born in captivity, one that never has the experience of living in the wild with its mother, would have virtually no chance of success if released.”

The Cheetah Conservation Fund would like to see the cat’s range boosted — not by traditional means of snapping up large areas of land, but through corridors that allow them to move freely.

“We’d like to see the cheetah’s range increasing, with populations linked with each other through corridors, and even see cheetahs reintroduced to former range countries, like India,” said Marker.

Although the cheetahs in Zimbabwe form an important part of the largest cheetah population in Southern Africa, not much is known about their occurrence and the conservation challenges they face, especially from the northwest of Zimbabwe, an area encompassing most of Zimbabwe’s wildlife protected areas, and the Zimbabwe component of the Kavango-Zambezi Transfrontier Conservation Area.

*Males are generally slightly larger than females but there is no great variation in cheetah sizes between males and females.

Cheetahs are only one of 33 million species living on the planet. Does it really matter if the cheetah becomes extinct?

It is tempting to think that the loss of only one species will not affect us. We must remember that all things are connected and explore how important cheetahs are in their ecosystem.

When we lose even one species, our world becomes a poorer place to live.The cheetah deserves a place on this earth.

The cat has been revered by humans for almost 5,000 years. If it is lost to future generations, it would leave a large hole not only in nature, but also in the very psyche of the human mind, which so naturally feels and knows the uniqueness of this creature.

Namibia, with its varied ecosystems and diversity of life, presents the greatest hope for the cheetah’s future.

Next post Five reasons why to stay that extra night at Lake Kariba, Zimbabwe 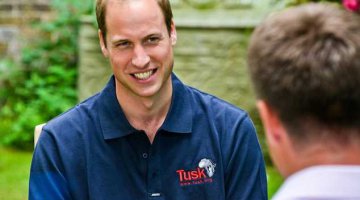