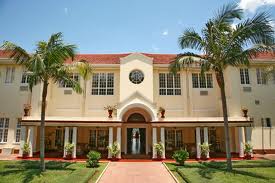 The 2013 refurbishment is under way.

The Victoria Falls Hotel is excited to announce that our much anticipated refurbishment has begun in earnest with the building contractors arriving and beginning the physical work. We have been busy for some time already with many aspects such as sourcing the required materials and preparations to commence. Below is our anticipated scope of work and dates for completion for each section of the refurbishment program. Rest assured that we have worked hard to plan the entire process to cause as little disruption as possible to bookings and guests.

Timetable to completion and scope of work.

We are working to a carefully planned schedule to get our refurbishment done in the quickest time possible. In most cases we are boarding off the entire working areas to minimise noise and other disruptions to our guests. The refurbishment aims to bring the Victoria Falls Hotel to the standard of a true Luxury 5 Star product.

We have already started on the Stables Wing as a first priority and we expect to reach completion of the wing by early July. All deluxe rooms and suites will undergo a soft refurbishment, furniture replacement, lighting replacements, and the re-tiling and upgrading of the bathrooms.

Over on the North Hammerhead Wing work has also begun and should be completed by mid-June. The existing suites will be converted into a more luxurious space through enlarging the rooms and remodelling the lounge and bathrooms. They will also undergo a soft refurbishment, replacement of furniture and light replacements.

The Livingstone Room is being worked on in two stages. The first stage comprises replacement of all carpets, curtains, fans and furniture and conversion of windows to French doors. This stage should be completed by end of June. The Livingstone Room will then re-open to guests in the evenings, amidst external work which will continue from mid-May until mid-August. The external work will comprise the building of a new entrance and covered veranda.

On the world famous Stanley’s Terrace, extensive refurbishment & expansion will begin early June and should be ready by middle of August. The Terrace will be expanded into the current bar area, seeing the bar move to the current Stanley’s room. In addition a larger upgraded kitchen will be installed to service the Terrace. The bar service will relocate to The Pool and Jungle Junction area during the refurbishment.

The Pool Pavilion refurbishment will begin late May, during the coldest months. Late June should see it come to completion. The changes include extensive tiling and the creation of open plan arches. The pool will be accessible to guests during this time.

Lastly the public areas of Main Lounge, Bulawayo and Centenary Rooms will undergo a complete soft refurbishment with furniture and lighting replacements. This will bring to finality the refurbishment works.

I look forward to welcoming you to the newly refurbished Victoria Falls Hotel in the near future.