A word from the private sector on UNWTO preparations

The Zimbabwe Council for Tourism says it is satisfied with preparatory work going on in Victoria Falls ahead of the United Nations World Tourism Organisation congress to be hosted by Zimbabwe and Zambia in August this year. ZCT president Mr Glenn Stutchbury said the public and private sectors had initiated a range of activities aimed at ensuring the resort area was geared to hosting the event.”Tourism operators in Zimbabwe are looking forward to this event, which will have a major impact on business levels and will have longer term advantage for the Zimbabwean travel and tourism sector.

“Operators are all playing a role in helping to make sure Victoria Falls is ready for the congress and that it can cope with the demands made by the large number of people who will be in attendance,” he said.

A total of US$16 million is being spent by hotel groups on refurbishment of hotels, which includes the A’Zambezi Hotel that has already been completed.

Other hotels involved in refurbishment, include Elephant Hills, The Kingdom at Victoria Falls, the Rainbow Hotel and Ilala Lodge. Harare’s Cresta Lodge, which is also undertaking a complete revamp of all bedrooms and suites has finished the first block of refurbishment of rooms in a US$5 million upgrade programme.

“All of this work is either complete or scheduled for completion well in time for the UNWTO meeting, and all of it will have a long-term benefit in that the results of the refurbishment will be enjoyed by all visitors to Victoria Falls in coming months and years, not only those people present for the WTO gathering,” said Mr Stutchbury.

Public works being undertaken in Victoria Falls include extensions to the resort’s airport, widening and resurfacing of roads, construction of a new electricity substation, installation of a new water pipeline, improvements to fibre-optic links and bandwidth availability and upgrades to the Victoria Falls Hospital and other medical facilities.

Mr Stutchbury said the ZRP Tourism Police had been working with hotels on issues such as education of staff on crime awareness. “There is an unmatched commitment among everyone, whether public or private sector, to the success of this important event, in recognition of the benefit to Zimbabwe’s travel and tourism sector, not only at the time of the congress but in the period afterwards, when a successful meeting could bring positive word of mouth about Zimbabwe in general and Victoria Falls in particular,” he said.

“The Zimbabwe Council for Tourism and its members are working closely with all relevant authorities to ensure maximum co-operation and efficiencies in the run-up period and during the congress period.

“We are determined to achieve all we set out to do and we know how much this means to Zimbabwe as a whole.” 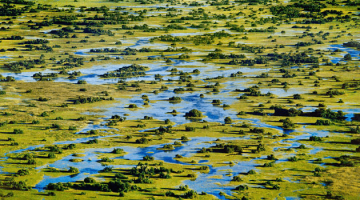