Sitting on a chair above Victoria Falls

The timing couldn’t have been better for Livingstone: during the 1990s, government restructuring and economic woes had taken their toll on businesses. Livingstone airport’s figures showcase the remarkable turnaround: in 2000, it handled just 8963 international passengers; by 2011 the figure had soared to 203,803.Livingstone’s roller-coaster ride, however, started much earlier. “When they moved the capital (from Livingstone to Lusaka in 1935), it cut the heart out of this town,” says Peter Jones, a former British Army captain who presides over the River Club, a swanky lodge 18 kilometres upstream from the falls.

During its glamorous heyday, Livingstone, with its charming art deco main-street buildings, was a magnet for royalty – all bar one of King George V’s children swung through, as did Hollywood royalty such as Alfred Hitchcock. Royalty still makes a point of dropping in. When Princess Anne was in town in 2012, Jones nattered with her about mutual acquaintances.

During the 20th century, as Livingstone turned to industries such as timber, textiles and car manufacturing, “the other side (the town of Victoria Falls, Zimbabwe) picked up the baton and that became the place to be, it was rocking and rolling with the rafting scene,” Jones says.

Today, Zimbabwe’s tourism is rebuilding but Jones and his peers are keen to keep Livingstone’s new momentum going. If, for example, it cost tourists nothing to cross the border at the elegant 1905 Victoria Falls Bridge, the photogenic artery linking Livingstone and Victoria Falls, both towns would benefit, Jones says.

“To us there’s no division,” he says. “People here still regard themselves as being one.” He’s referring to the period, from 1953-’63, when the two former Rhodesia’s (Northern Rhodesia, now Zambia, and Southern Rhodesia, now Zimbabwe) were run as a federal realm of the British crown together with Nyasaland, now Malawi.

The soundtrack at Jones’s lodge is completely different: no helicopters or microlight aircraft buzzing overhead, just hippos honking from a sandbank in the middle of the Zambezi. Ten chalets carry the names of prominent historical figures and I’m pleased to find myself staying in Stanley: named for the New York Herald journalist tasked to track down a long-missing Livingstone in Africa (leading to his famously understated greeting, “Dr Livingstone, I presume?”). 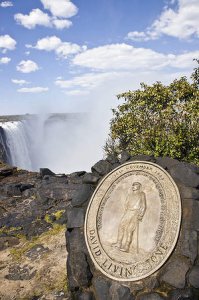 Visitors who come to see the falls, among the world’s most spectacular sights, can base themselves upstream of “the smoke that thunders” at Livingstone, named for the Scottish explorer who was the first Westerner to clap eyes on the 1.7-kilometre-wide Zambezi River tumbling 108 metres into a deep chasm, or downstream at the town of Victoria Falls.Tossing up between them from Australia, I settle on Livingstone mainly because it’s marking the bicentenary of Dr David Livingstone’s birth in 2013. When I make this decision, I’ve no idea it means I’m in for a yellow fever shot (Zambia isn’t on the yellow fever-declared list but vaccination is mandatory if travelling back through South Africa, the usual way home for Australians).

I arrive by road from Kasane, the crossroads town in Botswana providing access to Zambia, Zimbabwe and Namibia. It’s a five-minute drive from Kasane to the Kazungula vehicular ferry – the semi-trailer queue stretches kilometres on both sides (it can take up to a fortnight for them to cross). I’m dropped at a tiny passenger boat that beats the ferry. From there it’s 70 kilometres to Livingstone along a road strangely devoid of wildlife (in Kasane, warthogs and banded mongoose cross the streets, water buffalo and waterbuck antelope graze the outskirts).

We pass through Livingstone, which isn’t on the river, to reach the town’s ritziest hotel. The Royal Livingstone which is perched on the Zambezi riverbank, featuring porters in pith helmets and doormen in traditional dress. Vervet monkeys scamper from tree to tree, zebras and giraffes graze the helipad and impala dash along manicured lawns. It’s like moving into a posh zoo.

Through a guarded gate, guests have direct access to the falls, which was throwing spray hundreds of metres into the air when I visited. A stall hires out raincoats for those plunging into the spray via the Knife Edge Bridge – the equivalent of standing under a shower.

Because of my camera, I explore drier options: the “Best Photographing Trail”, where I’m tailed by Paddy, a Zimbabwean who can reel off every Australian prime minister back to Whitlam but whose ultimate aim is to flog copper bracelets; the tout-less Boiling Pot Trail that descends to the edge of a massive whirlpool; and an upstream path that traces the raging waters before they tumble into the void. I follow that trail probably too far, stumbling across a local bathing in the river. “Ah, yes, they like that spot – no crocodiles because the water’s flowing too fast,” says the driver who next day ferries me out to The River Club.

The soundtrack at Jones’s lodge is completely different: no helicopters or microlight aircraft buzzing overhead, just hippos honking from a sandbank in the middle of the Zambezi. Ten chalets carry the names of prominent historical figures and I’m pleased to find myself staying in Stanley: named for the New York Herald journalist tasked to track down a long-missing Livingstone in Africa (leading to his famously understated greeting, “Dr Livingstone, I presume?”). 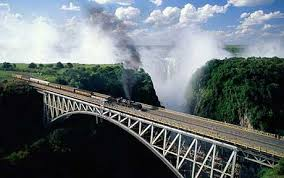 Countless activities are offered in Livingstone, from game drives and dinner aboard a steam train running through the Mosi-oa-Tunya National Park surrounding the Royal Livingstone to bungee-jumping from the bridge. Livingstone feels like the Queenstown of Africa.Having just come from a Botswana safari, I opt for a quieter itinerary: visiting a village near The River Club, followed by the Livingstone Museum and Mukuni craft market.

Simonga village’s acting chief chats with me on his porch about village life – elephants sometimes wreck the crops and cows are the dowry required for a wife – before ushering me into a classroom to greet impeccably dressed students and into a clinic where 50 or so women wait for attention. I’m also surprised to hear some age-old customs – such as using traditional healers or witch doctors – are alive and well in Zambia.

There’s more on this in the Livingstone Museum, which includes a newspaper clipping from 2006 about a suspected witch “crash-landing” naked before being beaten by villagers.

It’s extraordinary to think this still happens in modern times.

From the museum it’s a short hop up the main road, swept clean by women bent double with brush brooms, to the market.

The vendors are keen hand-shakers and smooth talkers, opening with well-worn lines such as, “Hello, my sister from another mother,” before showing their wares, dropping prices easily and wheedling other bits and bobs (a rubber band, a pen, an email address, that water bottle in your hand).

After running the gauntlet and spending your US dollars (take lots in small denominations), it’s time to tumble into a car and head towards a long cool Pimm’s somewhere very posh, indeed.

Katrina Lobley travelled courtesy of Beyond and Wilderness Safaris.

A HOUSE CALL WITH THE DOCTOR 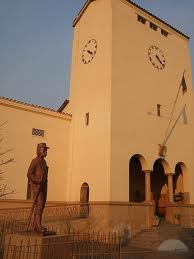 Livingstone Museum devotes a gallery to the adventures and memorabilia of the Victorian-era missionary and explorer David Livingstone, who in 1855 was the first white person to see the falls. The display includes original letters sandwiched between glass panels that patient visitors can decipher his family tree, olive-green caped coat, black cap, carved umbrella, weaponry and more.After Livingstone died in what is now northern Zambia in 1873, his heart was buried under an mpundu tree before servants carried his body to the east coast, from where it was shipped to Britain for burial in Westminster Abbey.

Next post A word from the private sector on UNWTO preparations 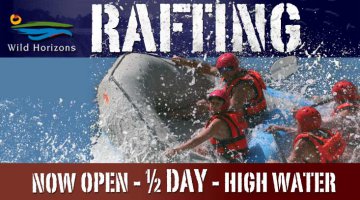